There is a place we go in the summer, down Carolina pine-flanked highways to two-lane roads, where once bustling tobacco barns stand weary and bent. They watch with silent, heavy eyes, sagging but never broken.  The encroaching green assumes them, preserved by the history sewn in the soil.

This is the home of my mother’s people, a tidewater amalgam of grit and gentility.  It was once called “TaTaku,” the place where land and sky meet the water. One can stand for hours on the shores of the Neuse, never discerning where water begins or sky ends. 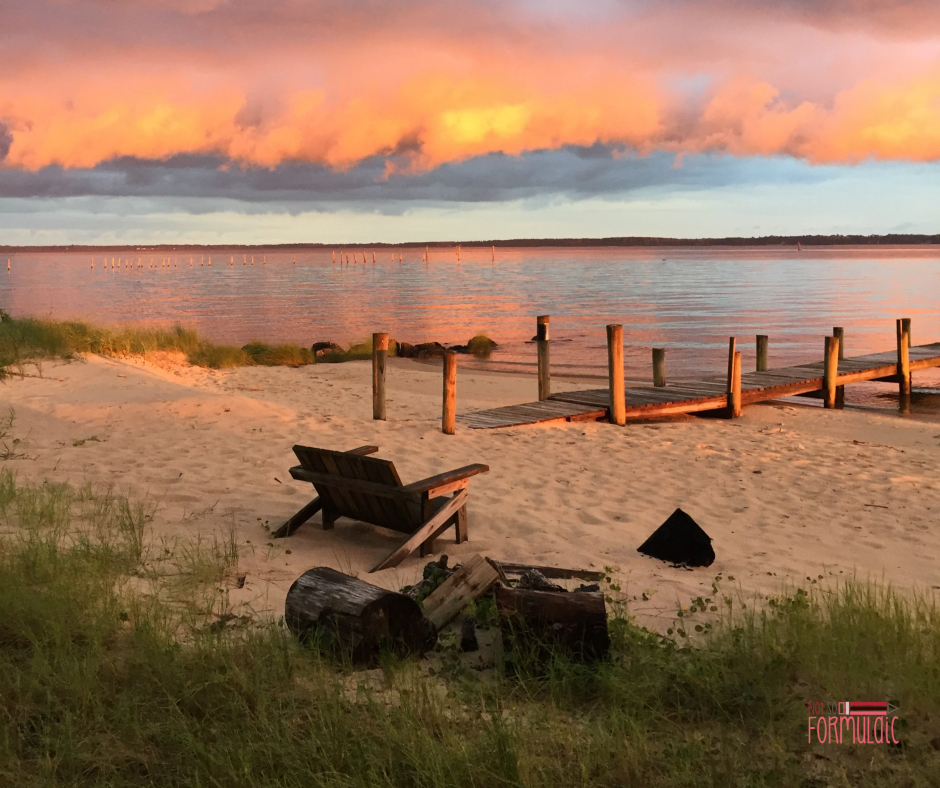 And yet there is something else: a presence you cannot help but sense. It is imprinted on the land, carried in the river and washed up on the shore with every sunrise, bearing an invitation to uncover her ghosts.

I have felt this presence since I was small, and in my tenth summer discovered its root. One day, as we watched sheets of rain drive across a steely river chop, my childhood friend Amanda and I discovered our grandmothers were cousins. This made us some kind of twice removed, maybe thrice.

It was revelation enough to catch the bug.

The fever gripped me. Who came here first, when the scrub and pine-thick barrier islands might devour a wayward soul? How many more kin were hidden in the shade trees, waiting to be flushed out?

I visited cemeteries. I toured old homes where my ancestors walked. I ripped through volumes of family lineage until I found him, born 1588 in Wanstead, Essex, England.  He had settled on the Carolina coast, never knowing his progeny would be nearly enough to populate the whole of Pamlico on its own.

That is why markers of my history dot the county, threading the needle through the quilt of memories I will pass on to my children. There is the brittle, creek-side shack where my twice-great grandfather started a brood of thirteen children; the empty lot where my great grandfather’s general store sold Horse Sense to cure what ailed you. Not two blocks away stands the century-old farmhouse where the postmaster’s daughter, my grandmother, was born.  Each of these is within ten miles of my mother’s riverside home, built on land her ancestors acquired in the 18th century, only to lose and find again two hundred years later.

We bring our children here now, plopping them down on the riverbank like fat infant buoys in giant hats. Like me they have summered here, hunting shark’s teeth, teasing blue crab, and burying jellyfish on the shore. They are out the door at daybreak to return unwillingly at dusk, coated in sand and kissed by the sun.  I watch them play under the live oak, not untouched by the notion that the land underfoot was trampled by their great-grandparents long ago.

This is the place I long to be, always, at home with the ghosts of our past.