Worried about the presence of your child’s imaginary friend? You needn’t be. Imaginary friends carry great benefits for children, even into adulthood.

My daughter’s first self portrait was a giant pink duck.

Walking a blue blowfish on a leash.

It was Pink Duck, of course, the jet-setting waterfowl who had come to live with us a few months prior. At once an alter-ego and an imaginary companion, Pink Duck divided her time between our real home in the woods and “Duck Island”:  a section of forest across the creek a quarter mile away.

Pink Duck wasn’t an only child, but she was the only member of the Duck family to reside in our home. She had one hundred brothers – all named Frank – and they were too large a crowd to visit all at once. They lived on Duck Island permanently, along with Ticky, Tickalina, and Little Blue Blowfish.

We visited often, told stories and drew pictures. Our world revolved around Pink Duck’s adventures, and we rolled with it.

Or perhaps I should say, we waddled. 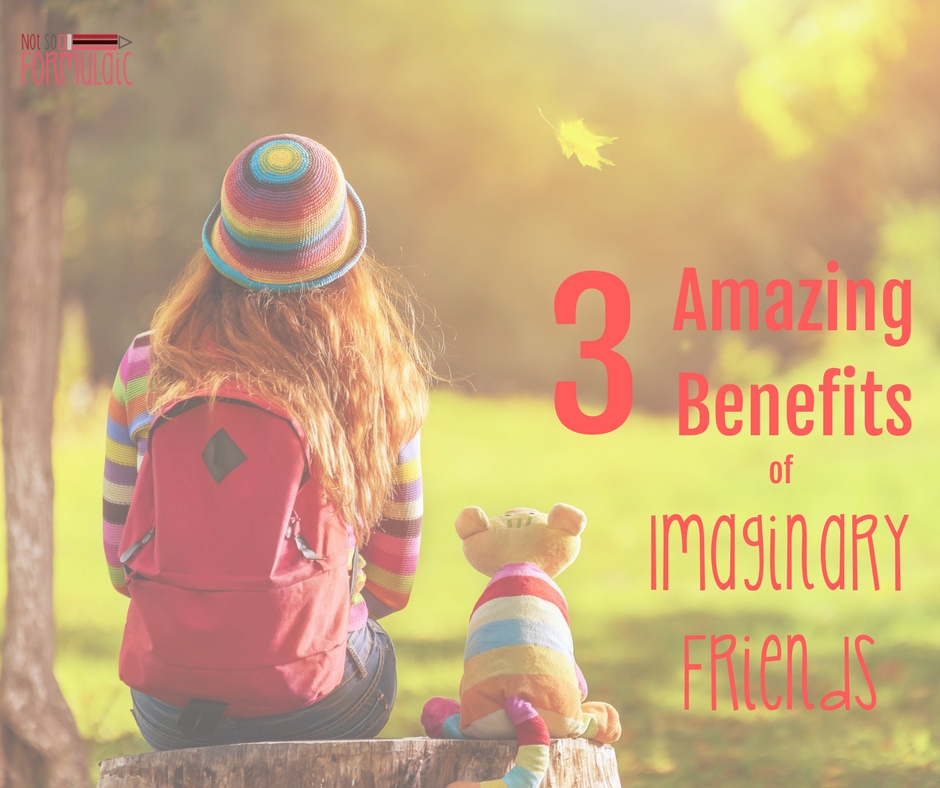 While some indeed felt otherwise, Pink Duck’s presence was never cause for our concern.

I grew up around my sister’s imaginary friend Gudder, and my husband spent his childhood in a fantasy world of role play with knights.  Our daughter’s creativity was our trump card, our anchor when her world seemed awry.

By kindergarten that feeling was frequent. She was an odd duck in the classroom, and the powers that be wanted testing and reports.

It amounted to nothing on paper, but the impact on her soul was dark.

The more stress, anxiety, and anger she experienced, the stronger the hold on Pink Duck. There were tea parties and train rides, circus performances and quests. Her teachers asked even more questions; we said forget it and pulled her from school.

We knew her interactions with the Duck Island paracosm were as much a way of sussing out her place within the world as they were a sign of her developmental health, and we had science to back us up.

In The Real Guide to Imaginary Companions, Science Friday host and executive producer Ira Flatlow, explores the content of a child’s imaginary life and its correlation to social-emotional development.  Flatlow’s three episodes feature interviews with noted Developmental Psychologists Tracy Gleason and Marjorie Taylor, reviewing their research on imaginary friends and their impact on child development.

Scientists once believed imaginary friends were the invention of troubled children. But that attitude is changing, thanks in no small part to the work of Gleason and Taylor. Since the mid 1990s, Gleason and Taylor have explored the rich imaginary lives of children. Imaginary friends are not only quite common, say the researchers, they are also a healthy sign of appropriate development.

Through their research, Gleason and Taylor have found that

Fanciful companions can play an integral role in a child’s social-emotional development. Through such play, children can practice social and executive functioning skills while they explore the line between fantasy and reality. In fact,  Taylor and Gleason have found two surprising benefits:

Children form deep attachments to their companions, and their love for them is real. Taylor and Gleason argue these bonds build help foster empathy: when a child identifies with and feels for an imaginary friend, that cognitive ability transfers to everyday life. 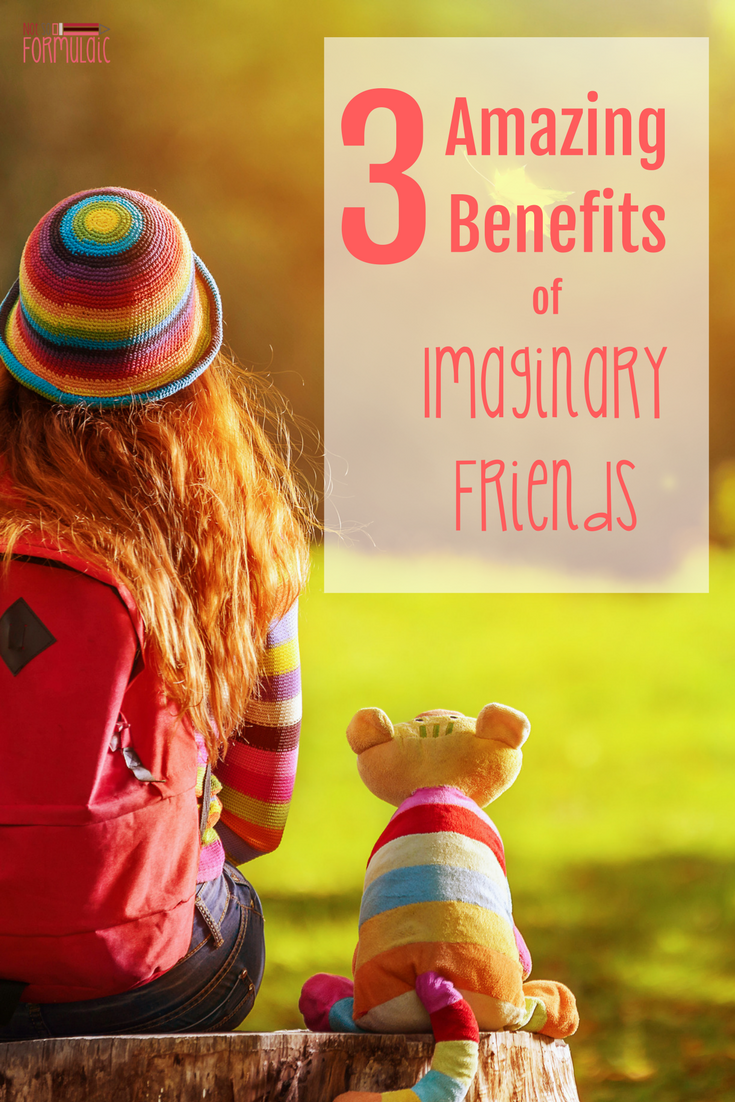 All of these are benefits we’ve seen in our own home.  The frustrated kindergartner we once knew has blossomed into a confident fifth grader with positive friendships, healthy interests, and a heart of gold.  Pink Duck lived with us as long as she was needed, a trusted companion who understood our daughter perhaps even better than we did.

Our daughter remembers Pink Duck fondly; I remember the day she let her go. It was the end of first grade and I asked her to draw a self portrait.

There was no Pink Duck.  No scarf.  No blue blowfish on a leash.

Just a blue-eyed, dirty blonde-haired beauty, clutching a pencil in one hand and a notepad in the other.

And she was smiling.