Short on time?  Help your children learn to balance responsibilities and free time with a token economy chore jar. Write chores on popsicle sticks and put them in a mason jar.  Children can choose a chore, complete it, and place the selected popsicle stick in a second mason jar.  Kids earn free (or screen) time once all the sticks have been moved from one jar to another.

Over the years, I developed a system for cleaning the house.  I had certain days devoted to certain chores, and I was pretty good at keeping the house clean.  Not even homeschooling my oldest got in the way of my schedule.  I used the kids’ afternoon free time to scramble around and get stuff done. While I’m not a huge fan of cleaning, I tried to think of it as a way to show my family I loved them.  Like the saying attributed to Saint Teresa of Calcutta, I tried to remember to wash the dish not because it was dirty, but because I loved the person who would use it after me.

Then came year three of homeschooling. I had two elementary-age children and a toddler and was teaching from home, all while trying to resurrect my writing career.  I barely had time to catch my breath, yet there I was, scrambling to fold the laundry, wash the floors and clean the bathrooms.  Chores were no longer an act of service to my family.

Something had to give. 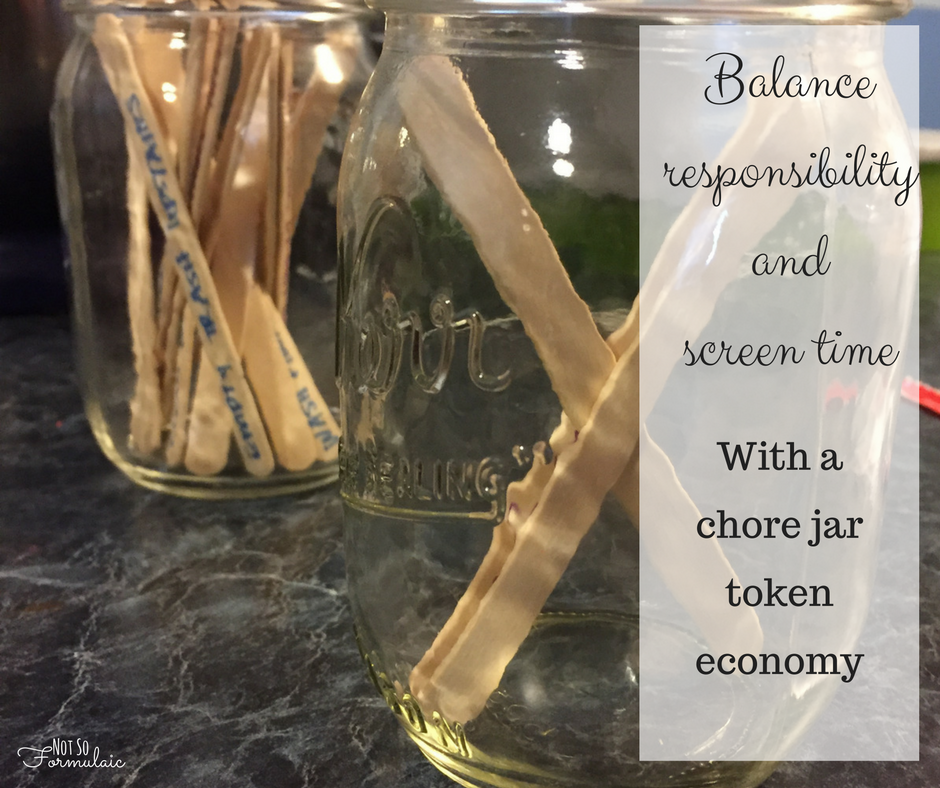 That something was the household chores.

I don’t mean to make it sound as though my house was filthy and roach-infested, because it wasn’t.  But it was seriously disheveled and a major factor in my growing propensity for adult tantrums. I resented the three able-bodied little people in my house.  They were capable of helping around the house, but I was the one carrying the lion’s share of the load. I

I should have involved the children earlier on.   I had simply shifted into another routine, one in which I wrote furiously while the little guy napped and the bigger kids had screen time. It seemed easier to let things go than ask the girls to help me, especially since I thought I would just have to re-clean everything they had done in the first place.

Rather than save myself time and effort, though, I was doing a disservice to my children.  How would they learn the value of service to others if I didn’t teach that virtue?  This manifested itself in a second household difficulty: the children’s ability to moderate their screen time.  My resentment grew in direct proportion to the unnerving, tech-glazed look in my daughters’ eyes.

Their rooms and my house got messier and messier. Our treatment of one another got crankier and crankier.

Until I introduced the chore jar, a token economy born out of desperation and divine intervention. 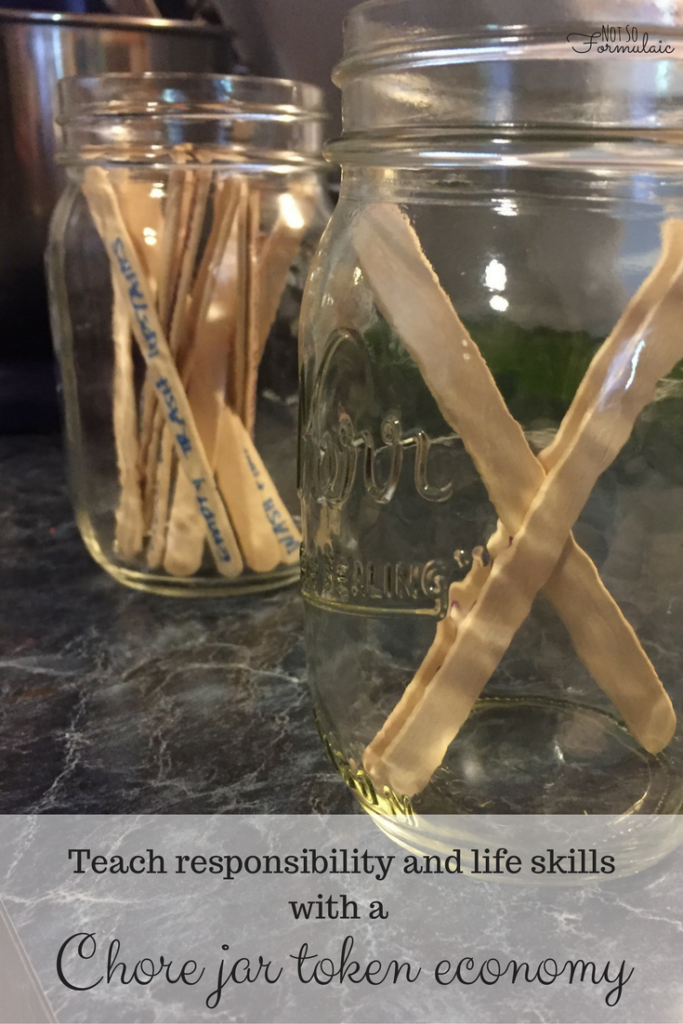 On the middle of the kitchen counter, I placed two mason jars.  One empty, the other with fourteen chores on popsicle sticks.  There are three colors:

We have half an hour of morning chore time, during which the kids pick out the purple chore sticks and divide up the tasks.  The pink chores are performed as needed, and the blue chores are performed during our midday break.  When a chore is completed, the child who completed the chore places it in the empty jar.  The kids have earned their afternoon free time when the day’s chores have been moved from one jar to the other.

It worked beautifully the first day I tried it.  There was a learning curve as I explained how I wanted things done, but I had a clean kitchen and master bathroom without lifting a finger.  Time has passed and it’s not as novel as it used to be, so the technique doesn’t always work as well as it did that first day.  But I keep at it in  the hope that consistency and practice will win the day, teaching my children the value of service (and helping me out in the meantime).