Want to teach your girls about cool Catholic women in STEM? Here’s how we used BookShark, a faith-neutral curriculum, to discover women who embody the union of reason and faith.

Part of it is how their brains work. Part of it is a natural affinity for God’s creation. And to be honest, part of it is a direct result of our curriculum, BookShark: a literature-based, inquiry friendly faith neutral curriculum.

Yep – I said faith neutral. I know that makes me a bit of an odd duck. But the truth is, our BookShark studies this year have actually helped my children grow in their knowledge of their faith and the beauty of Catholicism:

The natural, consistent presence of women in their science books has encouraged my daughters to learn more about Catholic women in STEM. 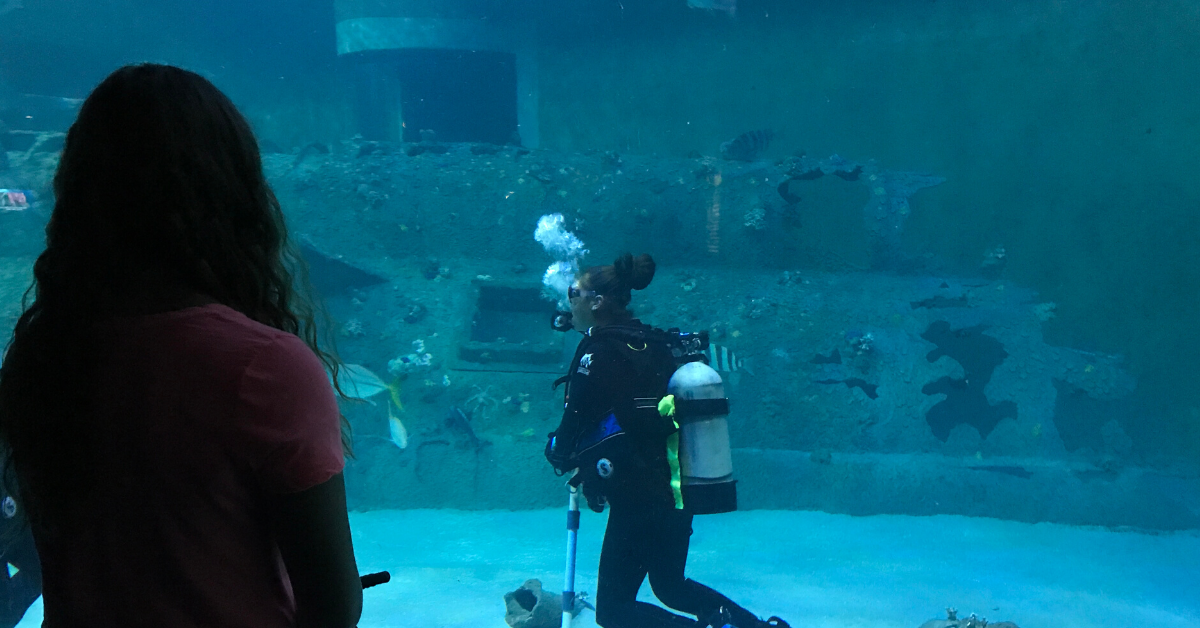 Our adventure into the world of female Catholic scientists began with my third grader’s interest in our Discover and Do DVD from BookShark. We enjoyed last year’s edition featuring a number of electricity and weather-related experiments, spearheaded by an engaging young man.

This year’s DVD, however, offers a feminine perspective. Our female guide takes us through the behind-the-scenes realities of the life of growing plants.

For a strong-willed eight-year-old who is quick to highlight injustice when she sees it, the presence of a woman in her scientific studies has been a validating experience. She began to seek out and note with enthuisasm the inclusion of other female figures in her studies, from the illustrations in the Usborne Encyclopedia of Science 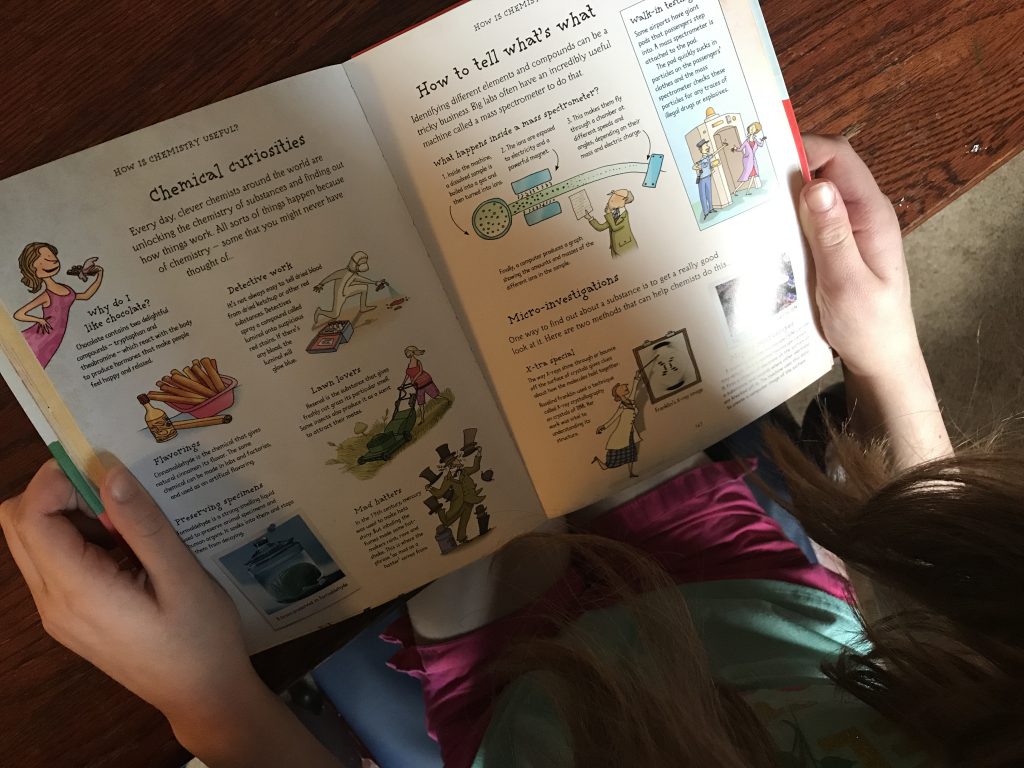 To the story of Marie Curie’s Search for Radium 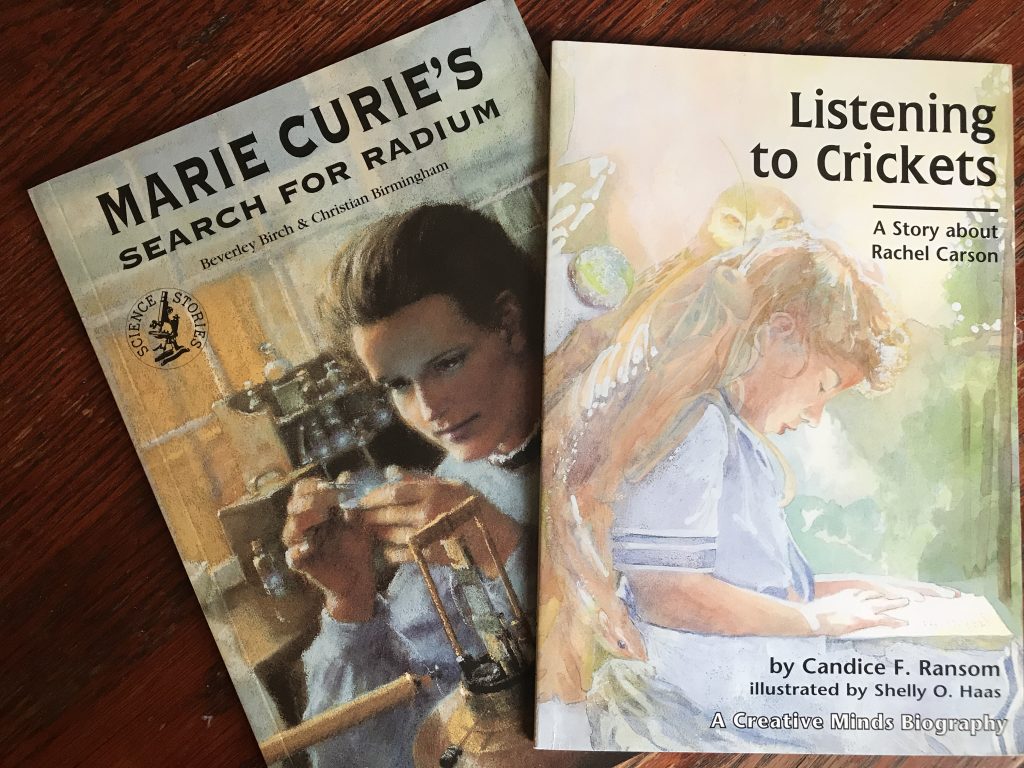 To the story of Rachel Carson Listening for Crickets 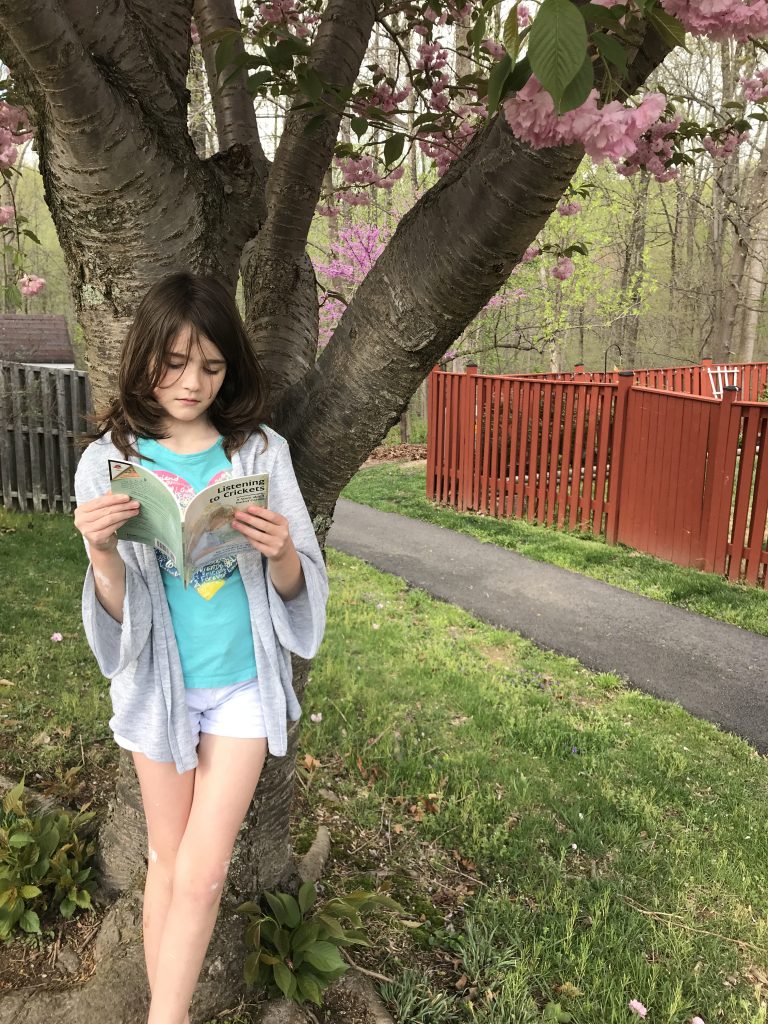 My kiddo was encouraged, excited, and invigorated

– and then she asked me if Marie Curie and Rachel Carson were Catholic.

They weren’t – and this is where the search began.

I’ve always tried to help my children see the complementary nature of science and faith. I want them to be rational, logical thinkers who are able to effectively communicate the truth and the reasoning behind what they believe. This, I feel, is one of the benefits of being a Catholic – there is a rational explanation for the Truths of its teachings which go beyond a simple, “Because it’s what they say we should think.”

I had to admit, though – I didn’t know of many Catholic women scientists. I knew of some very famous intellectual Catholic women, Hildegard of Bingen, St. Teresa of Avila, and Alice von Hildebrand to name a few. But none of them operated in the field of STEM, so of course, off on a search, we went!

A contemporary of Agnesi, Bassi was the first woman to hold the position of university chair in the field of physics. She taught courses in Newtonian physics and wrote 28 papers on physics and hydraulics. She married fellow physicist Giuseppe Veratti and was the mother of 12 children, five of whom survived infancy.

A native of Bologna, Anna Morandi Manzolini married her childhood sweetheart, professor of anatomy Giovanni Manzolini, at the age of 20. Anna and Giovanni raised six children, with Anna staying mostly at home to care for the children. However, when Giovanni fell ill with tuberculosis, Anna was given permission to lecture in his place. Giovanni died in 1755; Anna became a professor of anatomy upon his death. Particularly skilled in dissection, Anna discovered a number of previously unknown physiological structures. She was also a sought after and celebrated wax sculptor, a talent her interest in anatomy helped cultivate.

The oldest of 21 children, Maria Gaetana Agnesi was born in Milan Italy in 1718. She was the first woman ever to hold the position of mathematics professor at a university.

While she mastered mathematics in her teens, Agnesi’s focus also lent itself to natural science and philosophy. Her many publications included Propositiones Philosophicae (a philosophical discussion of science) and Analytical Institutions (a mathematics textbook). In her spare time, Agnesi devoted her attention to the care of the poor and needy in Milan.

A Jewish Austrian-American originally from Prague, Gerty Cori converted to Catholicism in 1920. She and her husband, Carl Cori, immigrated to the United States in 1922 and began their study of carbohydrate metabolism. Cori is responsible for the discovery of Cori-ester, a compound which assists in the breakdown of glycogen. The Coris raised one son.

Born in Pennsylvania in 1906, Mary Celine Fasenmeyer displayed an early interest in math. Fasenmeyer attended Pennsylvania’s Mercyhurst College, advancing her skills in mathematics and discerning a call to the religious life. Fasenmeyer not only became a Sister of Mercy; she identified an advanced mathematical concept referred to as Sister Celine’s Polynomials.

Sister Paula Gonzalez entered the Sisters of Charity in 1954. She earned her Ph.D. in biology at the Catholic University of America and taught biology for over two decades at the College of Mount St. Joseph in Ohio. Sister Paula had a special interest in environmental issues and sustainability. She designed humane, energy efficient enclosures for livestock and founded EarthConnection, an organization devoted to environmental education programs for youth.

Sister Mary Kenneth Keller was a computer whiz and Sister of Charity of the Blessed Virgin Mary. Throughout her long and illustrious career, Sister Mary worked at a number of well-known institutions, including the University of Michigan, Dartmouth, and Purdue. Sister Mary paved the way for the programming language BASIC and was an advocate for women in computing. She assisted in the founding of the Association for Small Computer Use in Education, won a large grant for her research from the National Science Foundation, and published four books on the subject of computers. 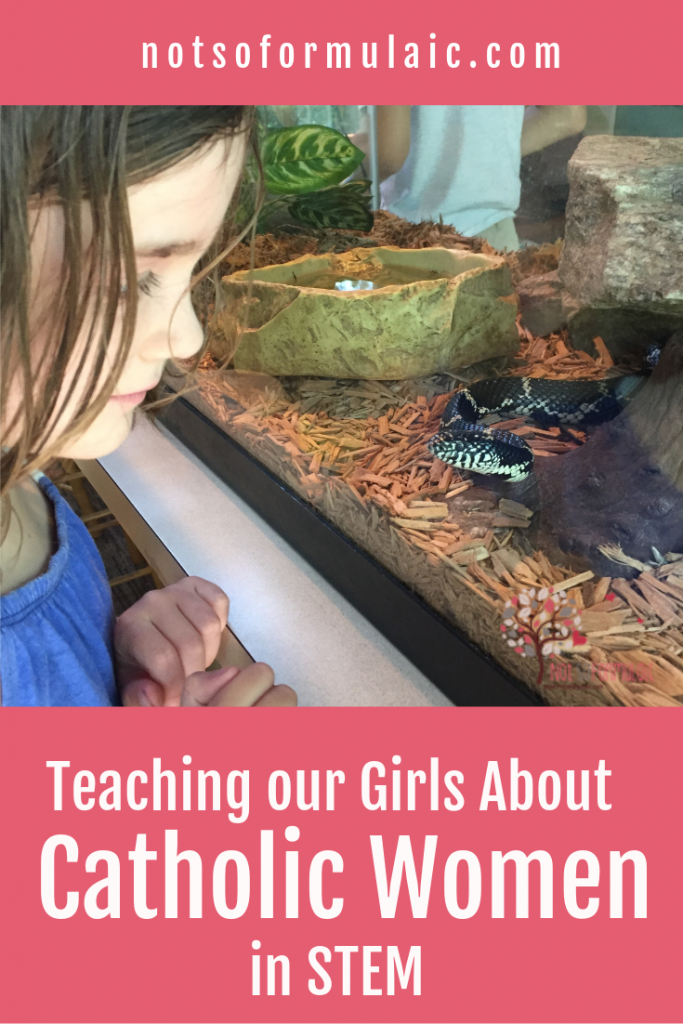 The list of cool Catholic women in STEM fields goes on to include women like St. Gianna Molla, Dr. Monique Ruberu, and Dr. Marie Anderson.

I’d like to think that perhaps, should my daughters retain their interest in science, they’ll be added to that list someday, too. And I believe wholeheartedly they will be able to trace their love of science back to the experience they had with BookShark – a couple of Catholic kids, in a Catholic home, learning about the beauty of God’s creation through a faith-neutral curriculum.

I’m grateful it is has helped teach my children that everything leads back to Him.