Lent – and liturgical living – looks different when you’re raising differently-wired kids. Here are three things to remember as you journey through the season of Lent.

2:57 PM on Good Friday – our parish’s inaugural veneration of the cross.

We wanted to go. We’d talked for days about going. But as soon as I pulled in the parking lot I knew all hope was lost.

It had already been a difficult day. The baby’s naptime was nonexistent; her four-year-old sister had been teetering on the edge of a meltdown since lunch. Their cranky moods intensified as soon as I came to a stop in the fire lane.

There wasn’t a single place to park.

My husband and I watched the parishioners stream into the church. An usher propped open the doors and we got a glimpse of the interior. It was standing room only inside.

“WE’RE GOING TO BE LAAAAAATTTTEEEE!!!!” wailed a voice from the car seat behind me.

I sighed and turned to my husband. “I think we’re gonna have to go home. It’s super crowded…”

And that’s when the four-year-old lost it. The change in plans, the abruptness of it, her fatigue – whatever the cause, she bucked, roared, and launched a single shoe past my head and into the windshield.

I drove home, convinced of our brokenness: two pathetic parenting failures catering to Veruca’s every whim.

Only that’s not what it was. 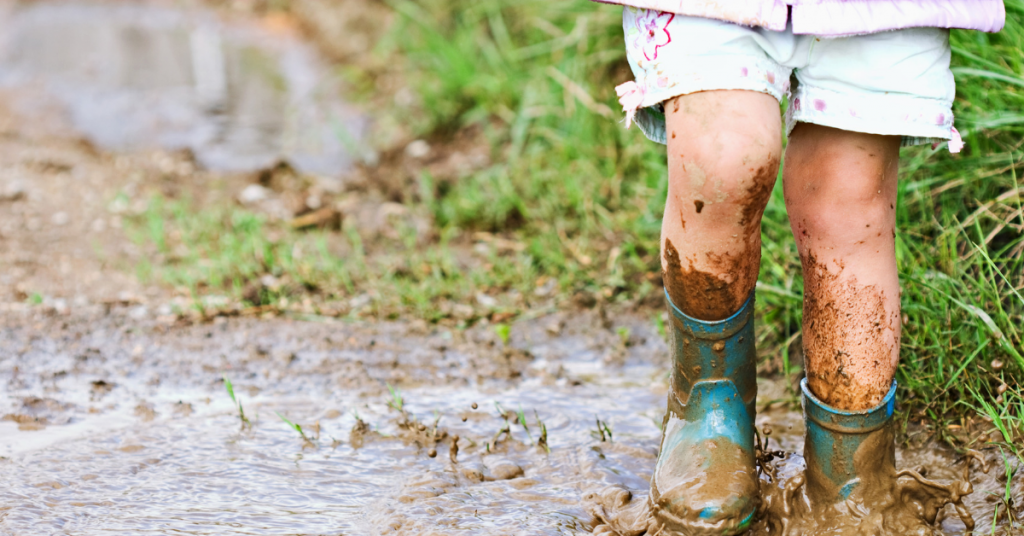 When Your Lent Looks Different

That Good Friday we were the uninitiated. We hadn’t been through evaluation or testing; we just knew she was brilliant and marched to a different drum. The afternoon we tried for the Veneration was just one more example of the struggle she inhabited.

We were clueless, embarrassed, and done.

This season of our lives was about the time liturgical living made a comeback. Ever desiring to be the good Catholic mom, I spent hours pinning activities and ideas to my domestic church board trying a few here and there. But we were (and still are) a differently-wired family: one raising children with invisible special needs. I was living someone else’s expectations and dying inside with each perceived failure.

I had never felt so alone.

Lent and the Differently-Wired Child

This is not an uncommon feeling for moms of differently-wired children. We are raising kids with invisible special needs. Our children look typical; they often act like typical children. But they are actually very different: more intense, more sensitive, and more likely to struggle. Even the simplest of activities with these kiddos can be hard.

Take an activity like painting the Stations, maybe on the surface of river rocks. This is something your kids should be able to do without difficulty. It should be a fun experience, right?

Wrong. The paint is too slimy. The fumes are too harsh. The lines won’t go down smoothly and someone is worried about Jesus on the cross.

Ten minutes later everyone is crying. You’ve sent one child up to his room. You can barely see the table surface under the smashed pots of paint and crumpled paper.

You feel like an utter failure and just want to hide under one of those rocks.

In the all-consuming effort to get our children (and ourselves) into heaven, I think we often assume that more is better.

More sacrifice. More prayer. More almsgiving – as though what we were doing before wasn’t anywhere near enough.

The truth is, that’s not where God is calling us. He wants us to turn our hearts toward him, not focus on the greatness or number of our acts. Take what you’ve been given – what the Lord has put on your family’s heart – and perform those acts of sacrifice, prayer, and service intentionally. It’s okay if they seem “small.”

“The Lord measures out perfection neither by the multitude nor the magnitude of our deeds, but by the manner in which we perform them.”
– St. John of the Cross

I do occasionally wish my children were “normal.”

No therapy appointments. No conferences or phone calls. No incredibly complex conversations about the social habits of wolves in Yosemite.

But I’ve come to realize something that is key to my relationship with my children: God pairs a mother with her children so that they might sanctify one another. Your loving example; their needs that consistently require assistance – all these things make us and our children holy, as long as we offer it up.

Your family’s growth in holiness is its own unique journey

Just because other families observe Lent one way doesn’t mean you have to do it that way, too. Sensory sensitivities will make Triduum events difficult. Soup suppers and Fish Frys won’t have safe foods on the menu. Hands-on craft activities might be a recipe for disaster because of perfectionism, imposter syndrome, or a low threshold for frustration. Let your family’s needs dictate your expectations and be flexible.

If there’s one thing I’ve learned in the years following our Good Friday incident, it’s that Lent isn’t about keeping up with the Joneses.

Don’t see yourself as flawed, worthless, or devoid of God’s grace and goodness.

Your family is unique and unrepeatable.

Grow in faith, and praise God for who you are.