If you are the mother of a twice-exceptional child, you are raising a gift. Don’t let the outside world’s perceptions of “normal” shatter your or your child’s sense of self.

I could see her in the rear-view mirror.  Her blue eyes disclosed an uncertainty she rarely reveals.

I waited a beat.

“I mean, am I different? From most other kids my age?”

“She’s so smart, and doing well now that we’ve gotten used to her quirks. She’s highly distractible, though.  And aloof.  She prefers to play alone.”

“What a brilliant artist you have!  Could you ask her not to chew on the paper?”

“Her memory is phenomenal.  But please, talk to her about staying in her seat.  We’ve had problems with her leaving the classroom.”

“You are who you are. And I love that about you.”

Her eyes fixed on something in the distance.

She grew quiet. I exhaled.

How long had I been holding my breath? 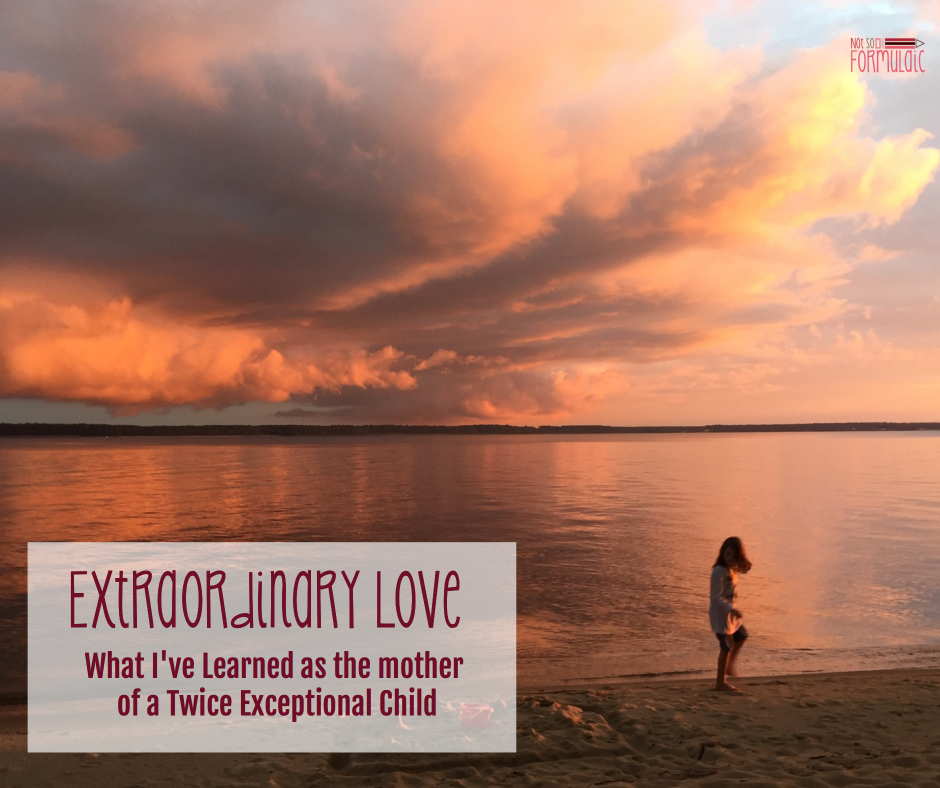 I’ve been holding my breath forever.

Day one was in preschool, when sensory processing disorder took residence in the shadows of her giftedness.  She is a twice exceptional – disability clinging to high ability.

By kindergarten, life at home was peaceful with its familiar routines. Life at school was unbearable, however: overstimulation and boredom forged chaos and anxiety. My daughter was in the principal’s office at least twice a week.  I was embarrassed and confused, trying to mother a special needs child I did not understand. Blindsided, I placed blame on the classroom (too crowded) and the teacher (too rigid).  I fumed in silence, nursing resentment from afar.

Until the final report card.  Each measure, academic to social, showed phenomenal decline.  Had there been prior notification of her struggles? Nothing systemic, from what I could remember.   A note here.  A phone call there.

I called the school and spewed five minutes of vitriol at the teacher, a young woman finishing up her second year. My anger barely relented as I listened to her cry.

That was three years ago. Now I know she did the best she could.

There have been other contrasts more palpable than a time-driven shift in perspective. My daughter can run a 5k but cannot ride a bike. She can devour Lewis and Tolkien but cannot legibly write about them. She can empathize with animals and young children but cannot always engage her peers. Where some would collapse under the struggle, my daughter has emerged victorious.  Her disparities don’t define her; they are a path to our mutual refinement.

Together, we have learned to celebrate differences.

We have learned to see challenge as opportunity.

We have learned to fix what is broken.

We have learned to cherish what is not.

We have learned to love unconditionally.

We have learned to breathe through the storm. 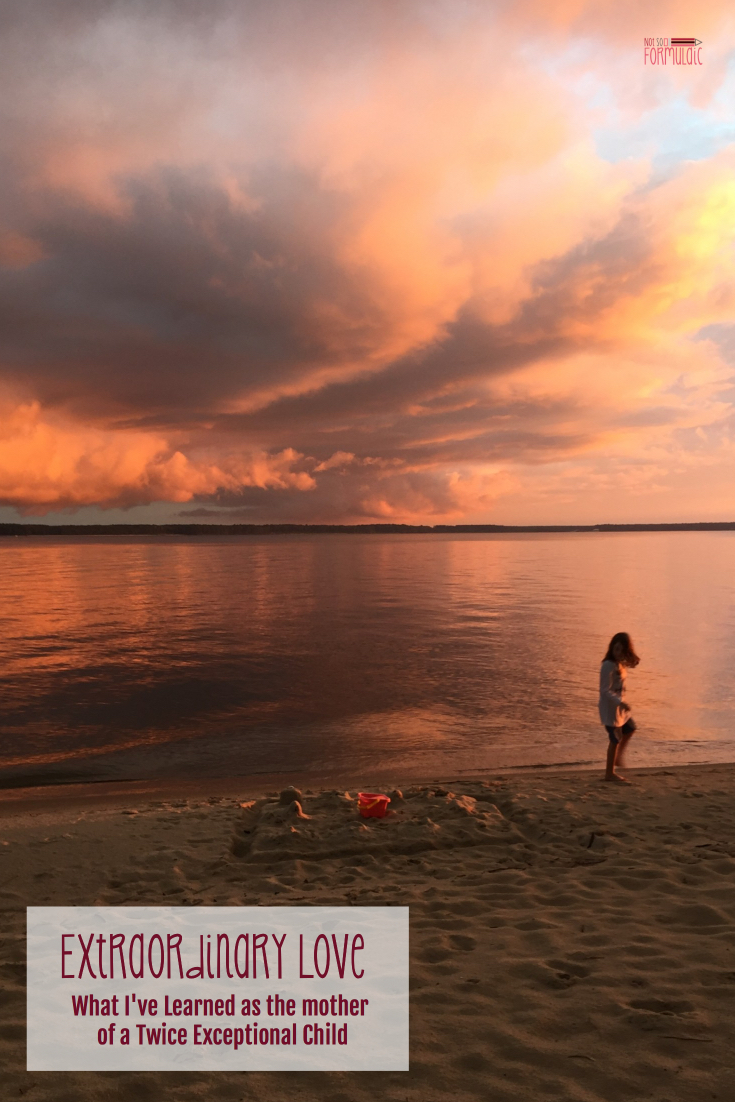 She took a deep breath.

“I’ve decided something, mom.”  The uncertainty was gone.  Now, there was only fire.

Extraordinary love: what I’ve learned as the mother of a twice exceptional child 1360985898

Extraordinary love: what I’ve learned as the mother of a twice exceptional child 433926143