It’s Screen-Free Week 2018, and I’m kicking it off with some super fun theater games for kids, courtesy of my friend Kirby – an actor, dancer, and homeschooling mom of three.

Kids are a busy lot. They exist in a cloud of creativity, imagination, and movement: watching them play is a blur of motion and sound.

While it’s lovely to let them have at it in a G-rated Lord of the Flies sort of way, I admit I have longed for a little bit of structure and direction for my children.

I found it at a program in our area we lovingly refer to as MSA. 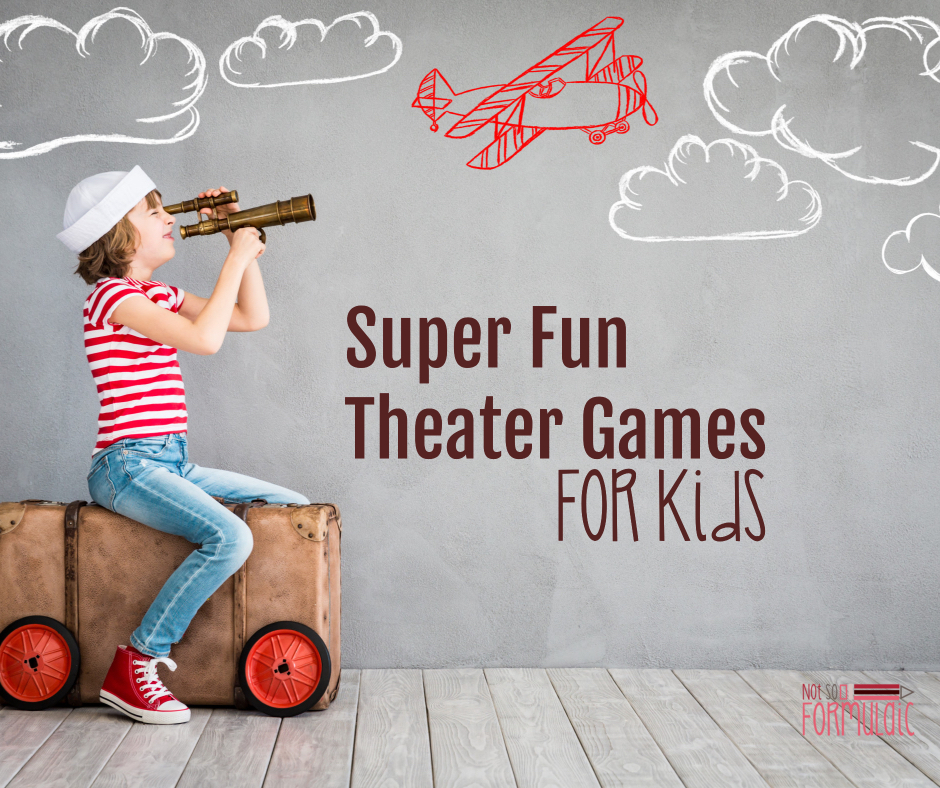 Metropolitan School of the Arts offers local families the opportunity to learn dance, music, and theater all under one roof. Their homeschool program and their weekend classes have been huge for my children’s development. They’ve learned confidence and poise and have become aware of the inherent dignity of their bodies.

God made them to stretch, sing, dance, and create. It’s a beautiful pathway for growth.

My friend Kirby would wholeheartedly agree with me, I think. As a homeschooling mom of three, a ballerina, and an actor, Kirby recognizes the benefit of an arts education as a student and a parent. I had the chance to catch up with her for this year’s Screen-Free Week series, and I’m super excited to share her expertise in theater and dance.

How did you find your way to the performing arts?

I started my first Ballet class when I was 4 years old. I trained with that dance school up until high school and then branched out to include acting and theater. I took a break in college, save for a single Modern class. I always assumed I would come back to performing at some point, but after my second child was born it became apparent that the “convenient time” for coming back to dance and acting was not going to happen anytime soon. If I wanted this, if I truly had this passion and talent, I needed to take some responsibility to cultivate it!

I’ve been back to the performing arts for almost three years now. It’s not easy, but it has been worth it!

Describe your work/life balance. How do you attend to your vocation as a wife and mother while pursuing your passion at the same time?

It takes some creative thinking! To make reasonable progress, I need to spend at least an hour or two during the day rehearsing or training, and multiple evenings at auditions, the theater, class, or other events. It’s a time-consuming passion!

We’ve made the decision to homeschool the kids and have me home during the day. That lets me have the daytime with them that I miss in the evenings.


My husband goes to work early so he can come home about 4. That gives us time together and allows us to eat a family dinner before I have to leave for the evening. I have been blessed with a supportive and capable husband who can handle bedtime and has good logistics communication.

We have to be open to changes and adaptation all the time, but our end goal is to meet the needs of all of the people in our family – including the parents.

What’s your philosophy on screen time? Does it have potential benefits, or is it something you try to avoid altogether?

As a homeschooling mom, I’m a huge fan of tools! But tools can be misused, so I aim to cultivate good habits around screen time.

My kids know that the only possible screentime option while I’m feeding and rocking the baby down is a “learning show”. This is typically a documentary, but can also include CCC saint movies, Wishbone episodes, and recordings of great performances.

I like to show the kids the film adaptations of the books we are reading aloud. I find that helps beginning readers better grasp the descriptive language in books like The Chronicles of Narnia.


My oldest is only 5, so I do not have to deal with things like internet searching, video gaming, etc. yet. We don’t have tablets, and the kids are only allowed to see a show or look at pictures on my phone when we are on an airplane or similar confined waiting space.


I do avoid a lot of children’s media. A lot of it is not well done or displays parent/child or sibling dynamics I don’t want my kids acting out. There are lots of kids media that IS good, and, just like how I encourage them to get a majority of good and beautiful books from the library, I encourage the majority of their screen media to be good and beautiful. But Paw Patrol has its place.

They get to see a lot of the nitty-gritty of what I do. They hear me rehearse my monologues or run lines, and we talk about how these are the same skills they are learning when we work on their poetry memorization in school.They’ve seen me needing to heat or ice sore muscles the next day after a hard class. They’ve seen my disappointment after another no response audition, or a rejection after a callback.

Now that my oldest is in a boys Ballet program, he has more appreciation for what I can do and it’s nice for someone to be suitably impressed by the movement I just mastered!

It is unusual to meet other parents of young children currently involved in theater, and sometimes I wish there was more camaraderie there, but I am grateful to have a passion so easily adjusted to be approachable to any age. 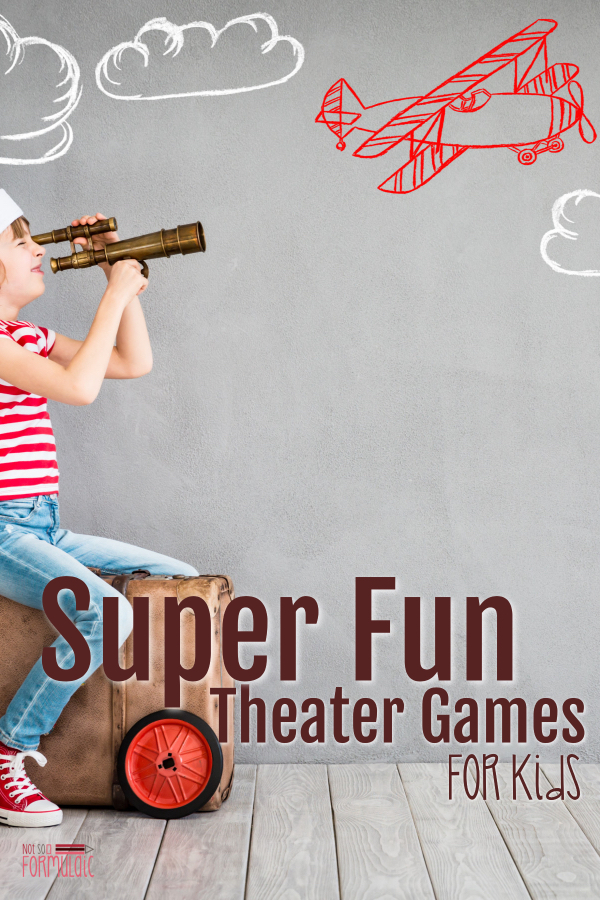 Fortunately for us, Kirby’s positive attitude toward children’s dance and theater doesn’t end there. She’s shared a few of her favorite improvisational theater games today. Why not gather your kiddos and give them a try?

In the Manner of the Word

The kids have to get from one side of the room to the other in the character I call out. So they might start as tigers, but then I call bears, then lava, then wind, then spiders.  I’ve done this as a race, but it didn’t end well. My only requirement is that one movement is obviously different from the last.

Interested to learn more about Kirby’s philosophies and experiences?

You can connect with her at Connect with Kirby at her blog Under Thy Roof, or visit her on Facebook and Instagram. Be sure to check out her other posts on this topic, including:

Are We Ready to Stop Hating on Ballet?

Eager for more screen-free resources? Read on, and sign up for one of my newsletters:

Have a Screen-Free Summer with Life Skills Bingo