Sometimes God says no. That’s when we see immense blessings in those unanswered prayers and novenas.

The first time I prayed a novena I was 24 and on my way to work.

My father was in the hospital, a semi-annual occurrence for a heart patient with a medical history longer than the Mississippi and twice as wide. One week prior, I had driven past the entrance to my parents’ neighborhood, only to come upon an ambulance on the side of the road. My father was in the back of that truck in full cardiac arrest. The EMTs had pulled over to revive him and I had driven right past my father’s lifeless body.

Dad miraculously survived. No reasonable explanation existed other than my mother’s fervent prayers. Thus it was that prayer took on new meaning. I had learned the novena to St. Therese while working with Catholic school children:

Say these prayers, Miss Ginny, and St. Therese will send you a rose.

So I said the prayers, diligently. My father recovered, and though I never received a floral answer I attributed his recovery to the Little Flower’s intercession. From that point forward, novenas became a standard feature of my life as wife and mother.

We did novenas to get pregnant (we have three children).

We did novenas for other people to get pregnant (our friends have lots of kids).

Emboldened, we did novenas for an end to our financial difficulties and a new job for my husband.

Statistically, we have more children than money. 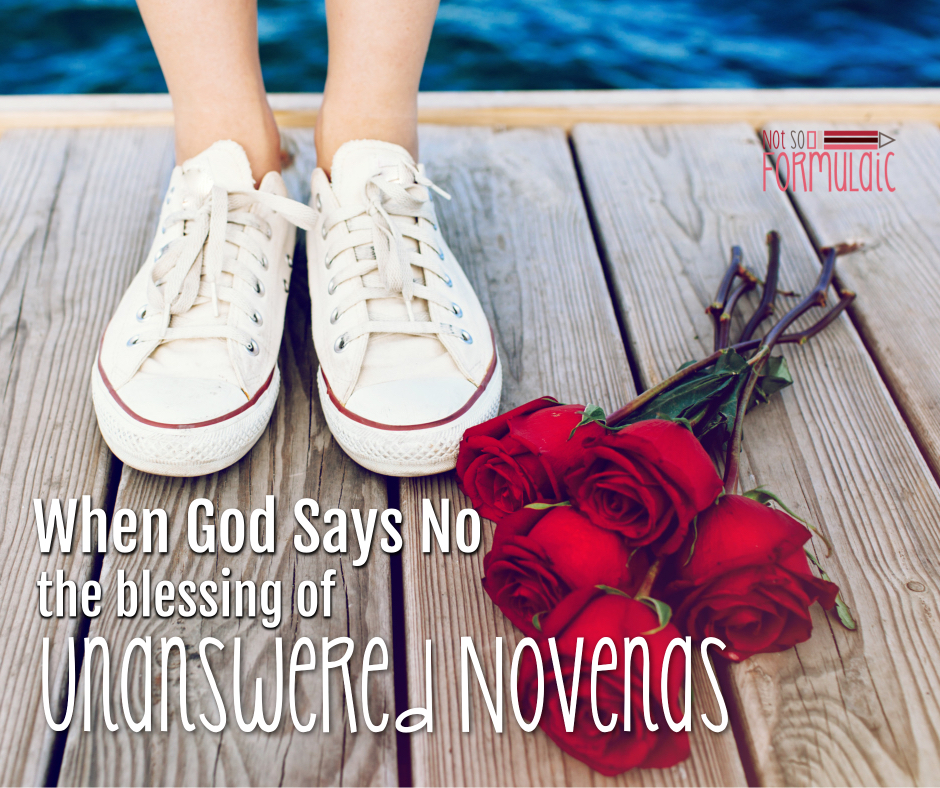 When God Says No

No matter how many prayers we offered, or to which saint we turned, my husband’s job remained the same; we continued to live paycheck to paycheck. He worked for the Church. I worked from home and schooled the children. Wasn’t it about time for us to catch a break?

When would God reward His good and faithful servants?

My attitude toward novenas soured,  full of ceremony with little results. They had taken on an air of superstition, an aura of chain letter earnestness where I feared my hair would fall out should I say one less “Blessed be the hour.”

I was a grumpy Gus. Novenas were not my friend.

That is, not until Our Lady, Undoer of Knots.

The novena to Our Lady, Undoer of Knots is a heavy duty, drink an extra cup of coffee before bed kind of devotion. It involves entire decades of the rosary.

I was skeptical. I was slightly annoyed. But my husband convinced me through a novel prospect: dedicated, couple-focused prayer time while the children slept.

It went well at first, until I started sleeping, too.

Postpartum fatigue was strong. It was all I could do to murmur, “Holy Mary, Mother of God” and not have it come out like, “Mole-y Larry, lover of sod…” I pretty much tuned out and nuzzled my sleeping babe, listening to the cadence of his breath fall in line with my husband’s contemplative tones.

But while I had checked out of the novena, my husband had not. He had been asking Our Lady to undo the knots of our oldest daughter’s struggles. He asked that our middle child would learn to sleep. And, of course, he asked for an end to our financial problems.

Once again, none of these prayers was answered, at least not directly.

Our oldest is still working through the difficulties that plague her, but she’s grown into a lovely young lady with a wisdom beyond her years.

Our middle girl still wakes up on occasion, but she’s now content with a reassuring pat and a sip of water.

My husband still works for the church. I still work from home. We still live almost paycheck to paycheck.

But Mother Mary’s intercession unfastened the knots of materialism looped around our hearts.

We noticed immense blessings and providential aid we had previously ignored. Suddenly, it became more important that we be good stewards of the gifts we’d been given than petitioning for what we thought was due. 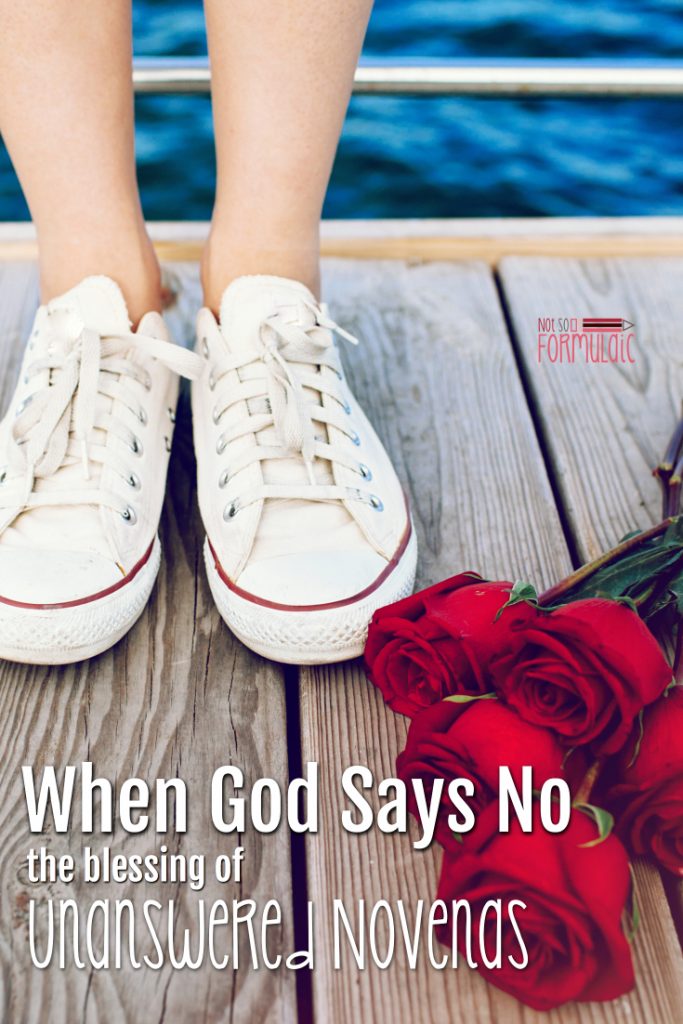 This, my friends, is why God said no.

Because novenas aren’t lottery tickets. They aren’t a surefire way to fast, easy money. What they are is a way to spiritual growth, to a deeper understanding of God’s will for our lives.

I have started praying novenas again, but gone are the days when I expect a burning bush as an answer. My intercessory intentions are wrapped up in a plea for increased faith, for a heart open to God’s merciful plan.

That’s where I’m placing my faith and my trust.

It’s a great place to grow my little garden of roses.


(A variation of this post first appeared at Catholic365)

What Does God Want? A Guide to Discernment for Catholic Women

The Quality of Mercy is Not Strained: What Shakespeare Taught me About Confession

This post is part of the CWBN Blog Hop for April: Catholic 101: Favorite Prayers and Devotions 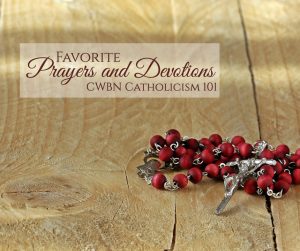