There are misconceptions about what it means to be a Catholic, pro-life woman.  They are devastatingly false, and  I aim to clear them up.

I am feeling a new breed of exhaustion.

It began in the run-up to the 2016 election, when our political-system-hell broke loose. As time marched doggedly toward election day; I weighed my options, begged God for direction, and made a final decision.

On November 9, 2016, I cried over friendships irreparably damaged.

I am not here to identify, defend, or explain my decision. I mention it only to provide background for the emotional fallout I’ve experienced in its wake, culminating in the clash between the Women’s March last week, and the March for Life today.

Two separate movements; two separate agendas. Two sets of core values diametrically opposed; a rift resulting from a fundamental misunderstanding of what it means to be pro-life and female in modern society.

I aim to clear it up. 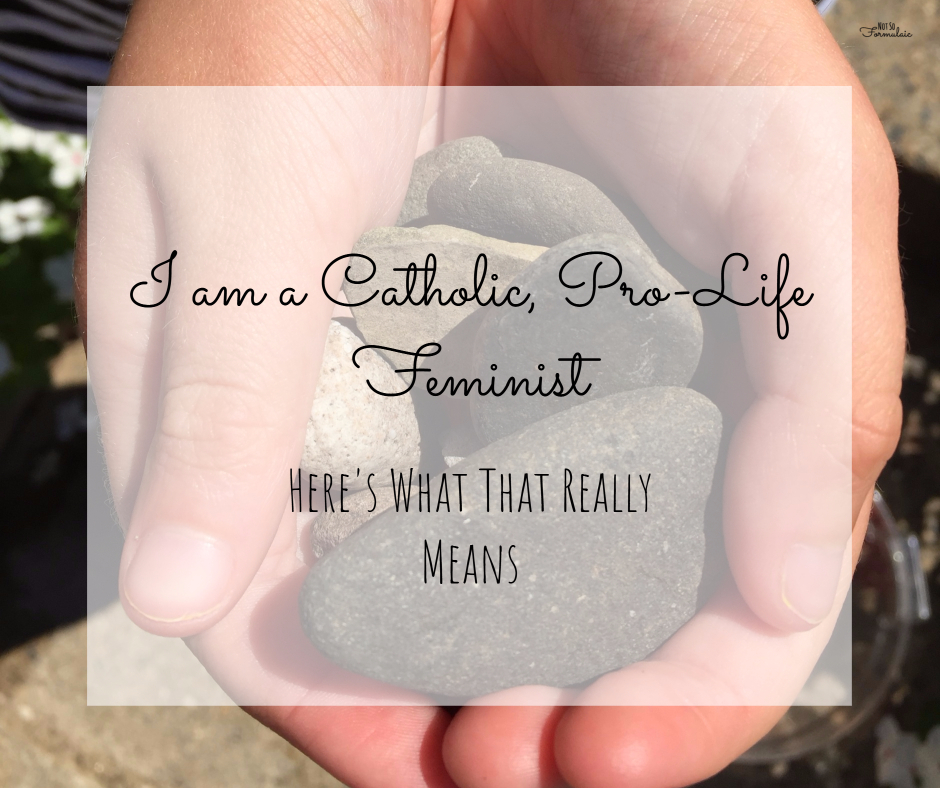 On January 16, The Atlantic ran an article questioning the intersection of the pro-life and feminist movements. The publication listed the Texas group New Wave Feminists as a partner for the official Women’s March on Washington.

Backlash was fierce. By that afternoon, the Women’s March had removed New Wave Feminists from its list of partners and published the following statement:

If you know me or have read my blog at length, then you probably know these things:

I am not what the secular media would have you believe that looks like.

I am not close-minded. I am not a bigot. I don’t wish harm on women, nor do I wish them to be objects in a patriarchal society. I support women in the workplace (heck – I am one, technically). I support sweeping maternity leave reform and protections for breastfeeding mothers. I work to ensure my daughters a future without discrimination and objectification; I endeavor to raise my son to support and respect women at every stage.

But according to the Women’s March on Washington, I was not welcome to support the cause.

My pro-life beliefs are misogyny. In working for an end to abortion, I am denying women the right to choose their own path; to make their own decisions in the face of hardship, abuse, inconvenience, or fear. I am denying access to affordable healthcare and chaining women to an antiquated view of the feminine mystique: that they are fragile and incapable of making solid decisions.

Never mind the most fundamental right of a woman: to be honored and respected for her ability to create, sustain, and nurture life like no other creature on this planet.

It is true that after all the hubbub, pro-life women attended the Women’s March anyway (New Wave Feminists included). It is also true that, for the most part, they were treated with kindness and respect.

It is not true, however, that this reception equaled acceptance. Press coverage of pro-life marchers reeked of condescension, referring to participants as “anti-choice” and using language tantamount to ideological microaggression. Perhaps most irritating (to me, at least), was this sentiment:

“Surprisingly, a number of them…don’t think their religious beliefs have anything to do with their stance on abortion.” 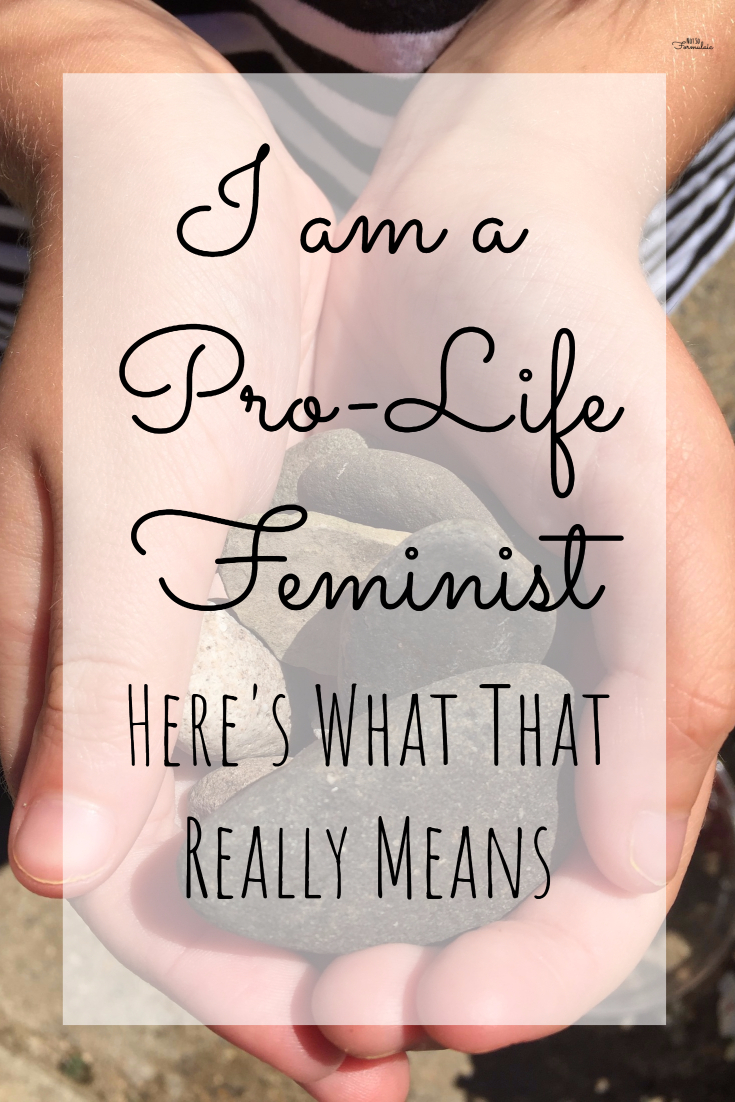 The Truth About Catholic Teaching

Here is what people misunderstand about Catholicism. They assume the argument against contraception and abortion is one of control: the authority of a male hierarchy keeping its sheep under an iron thumb. But I have never in my whole life felt freer than I do as a Catholic woman. The teachings of the Church recognize every part of me as perfect, not as something in need of fixing or controlling. I am respected as a human person, created in the image and likeness of God,  worthy of respect in all my capacities.

Over the past few decades, the Church has beat the drum of human sexuality with resounding frequency. It has been a refrain that, while worthy of repetition, has temporarily drowned out her stance on social justice issues and led to the insulting insinuation of pro-lifers as merely pro-birth. Aside from being patently false, the claim seeks to minimize the root cause of our culture of death: the acceptance of contraception and abortion as a means to liberate women.

Denying a fundamental aspect of femininity is not liberating. It identifies women as broken and flawed, relying on artificial means to prevent an integral part of who we are. As such, contraception and abortion are the ultimate in misogyny. And why not?  When you divorce one of the two natural consequences of the sexual act, new life, from the act itself, what is left?

A recreational pastime devoid of meaning, commitment, or mutual respect.

I think deep down, everyone knows this. Because somewhere along the line, the abortion/contraception argument stopped being about life. The argument is now about choice, and what we choose to do with our free will.

Some choices are wrong.

Some choices are not choices.

Some choices are made in desperation and fear, not out of free will but out of coercion and a misguided attempt at saving women.

We do not need saving. There is nothing wrong with us. This is why I am proud to be a Catholic woman, whether the pro-choice camp agrees with me or not, and this is why I believe today’s March for Life is the true Women’s March. It is a testament to the acceptance of what makes a woman a woman. One of the most revered women in history said yes and became the mother of God. We are like Mary. We have the same biology, the same ability to embrace our feminine genius and all that entails.

We have the right to say no to men and institutions who would deny the very fabric of our being.

We do not need to feel a new breed of exhaustion. We need to choose life.