Impulsive, destructive kids aren’t defiant or disobedient. They’re smart, creative, hands-on thinkers who just need a little direction. Here’s why kids get into everything, and what to do about it.

6:30 AM and the coffee grinder’s on the counter.

You didn’t leave it out last night.

In fact, you distinctly remember putting it back on the highest shelf in the cabinet after measuring out the next day’s coffee.

Someone has a habit of tinkering with your kitchen gadgets; a pint-sized amalgam of James Bond, MacGuyver, and Charlie Brown’s friend Pigpen.

This would explain why that chair from the kitchen table’s been pushed up against the counter, stacked waist-high with heavy books. It would also explain why the pantry door was left open and the formerly unopened box of fruit snacks has been mauled by a badger-like animal.

You don’t even have to look to know what’s happened: your coffee grinder holds an Arabica fruit snack surprise. 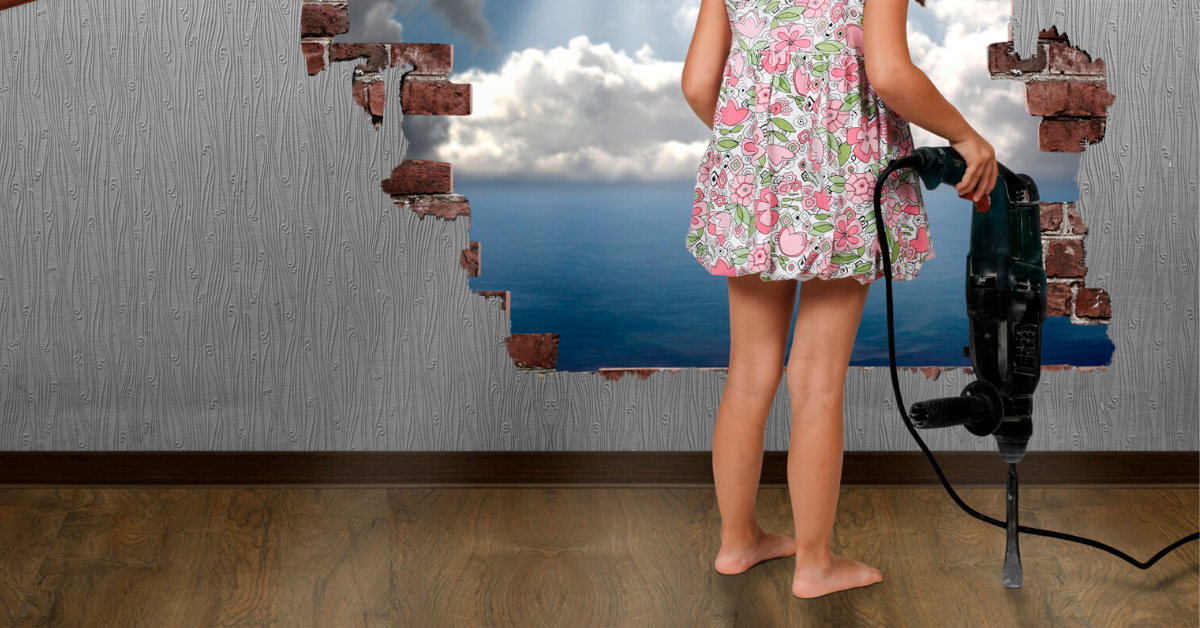 How to Guide (and Encourage) Your Impulsive, Destructive Kid

Oh, but It’s been worse.

Remember the day you discovered the toaster oven had been stripped of most of its parts?

What about the time someone got hold of a drywall saw, a five-pound bag of flour, one extension cord, and a nine-volt battery in order to find the fastest land route to Cambodia?

Or the day you were at a friend’s house and she found brown rice in the HVAC registers. “I don’t know why I did it, mom. It just seemed like fun.”

Some kids get into everything, and clearly, that’s the case with yours. It doesn’t matter where you are, what time it is, or what your kiddo is supposed to be doing: chances are, he’s touching something, breaking something, or exploring something – if you’re lucky, without a power saw.

You aren’t raising a monster, my friend, though I know sometimes you wonder if that might be true. No, you are raising a bright, quirky kiddo who needs to move, explore, uncover, and create things.

Oh – and also? She might have a little trouble with impulse control.

Why Some Kids Get Into Everything, And How to Help Them Out

Whether you call your kiddo “The Destroyer” or simply tell people he’s a super active kid, you’ve been blessed with a complex, experience-based seeker: he wants to know how (and why) everything works.

This is a good thing – I promise. Your child has a spirit of inquiry. It’s something you want to encourage, though not at the expense of your sanity (or, worse yet, your great aunt’s Wurlitzer radio).

There’s a strong chance you’re raising the world’s next great practical or intellectual problem-solver. The key is to understand and guide your kiddo according to wiring and temperament. That way, your child will continue to develop that desire to explore, create, and discover  – without an exorbitant cleaning bill.

The ancient Greek physician Hippocrates called them humors: four personality types resulting from the lack or presence of certain fluids in the body. While we now know Hippocrates missed the mark a bit on that one, modern psychology retains the categories, their characteristics, and their given names:

Most individuals have both a primary and secondary temperament (I’m a Melancholic-Choleric, in case you were wondering). Active, experience-seeking children tend to toward the choleric and the sanguine temperaments.

You know the kids who entertain themselves by reading a book, doing a craft, or participating in a quiet, self-contained activity?

That’s not what you’ll find in most choleric or sanguine kids.

Granted, this is not an exact science, and in some ways, I’m making a sweeping generalization here.

But what I can tell you is that very often, children who fall within the sanguine and choleric temperament types tend to be the kids who cause, well, destruction:

“I’ve got to move, and this looks interesting…wonder if I could make it – or me – catch fire? Go airborne? Explode?”

Choleric and/or sanguine kids need ready access to acceptable forms of mass destruction – or, at least, the kind of things they love to do. I recommend taking an approach commonly found in unschooling households: it’s called strewing, a name derived from the physical act of strewing interesting, enticing items about the house.

Strewing is an orderly approach to offering hands-on, engaging activities without giving direction as to the way your kiddo should use them. So, for example:

Also, check out the following books for child-led inspiration:

While temperament plays a role in an active child’s behaviors, it isn’t the only reason your kiddo gets into everything. A delay in executive function skills can have an impact on impulse control and, consequently, heighten the need to touch, take, and destroy.

To work on executive function:

Develop the thinking/planning part of the brain, not the reactive

Children with executive function struggle with conceptualizing a task, planning it out, and carrying the task through to its completion. That’s one reason why EFD kids often get lost in the process of getting dressed, brushing teeth, and gathering the items needed for the school day. The reactive center of the brain – the one that responds to stimuli – has more prevalence in decision making, hence the impulsive behavior patterns that drive you up the wall.

All is not lost, however, especially if you use visual cues. The more you can separate and identify the steps to a process, the better: your child will begin to internalize the step-by-step process needed to plan ahead instead of react.

Children with executive function disorder exhibit a deficit in working memory: a major reason why they have difficulty planning and carrying things out. Games that encourage a child to remember direction, location, shape, size, or color help foster working memory development.

Sometimes helping a child develop better impulse control is a simple matter of walking through possible situations before they occur. Choose circumstances you’ve encountered in the past, review what happened, and re-enact the situation with your child, providing more appropriate behavioral options as you go along. 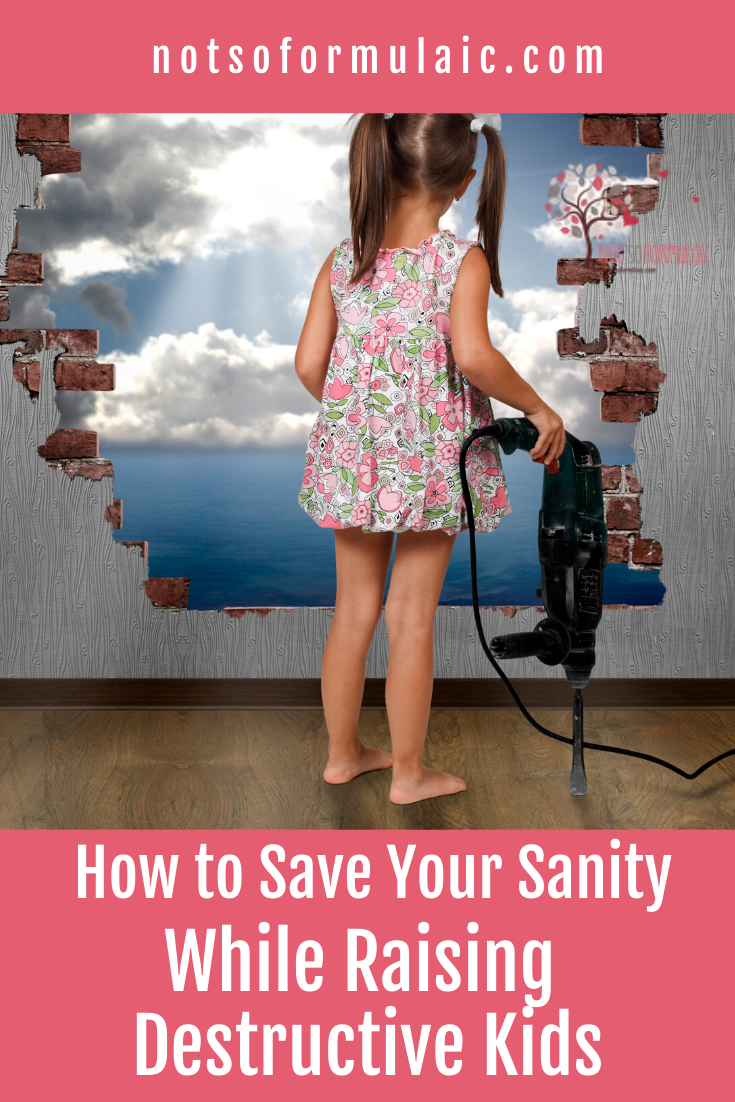 According to psychologist Dr. Laura Berk, children who lack impulse control develop internal dialogue later than typically developing peers. This can impact the executive function center of the brain: without internal dialogue, a child lacks the natural inclination or meta-awareness to determine the potential outcomes of a particular choice.

Developing self-talk is a monkey-see, monkey-do process. Talk to yourself – out loud – as you make decisions throughout your day. Allow your children to see your thought processes and how they develop, particularly the way in which you consider all possible consequences of a single choice you might make.

In the mid 19th century, two frustrated parents pulled their young son out of school. He wasn’t learning much in the crowded, one-room schoolhouse.

The teacher believed he was a dunce.

The young man never stopped talking. He asked questions both irrelevant and wise beyond his years. He spent the school day fashioning small inventions from objects lying in and about the schoolhouse.

Adults found him annoying, precocious, and, in some cases, dangerous: especially the conductor in charge of the train car this young man set on fire (NB: explosives generally aren’t allowed on public transportation).

This child got into everything. He also invented the lightbulb later in life.

He was a destroyer.

But his inventions changed the world.

So, yes. I know its frustrating when the blender’s been deconstructed or the power tools have gone missing – again.

And yes, it’s horrifyingly when your child’s tinkering causes destruction in the crowded aisles of your local Big Box emporium.

But your kid isn’t a problem.

And you? You’re the right person to guide her, mom.

How to Guide (And Encourage) Your Impulsive, Destructive Kid 628524035