This post is a part of a Marian Virtue Series, running every Wednesday and Friday. It will conclude on the Feast of Our Lady of the Rosary. If you are just joining the series now and want to learn more you can start here: Introduction to Marian Virtue Series.

This post features a giveaway from Lively Faith Co. Please keep reading to find out more!

Someone was sobbing in my father’s hospital room.

Dad’s nurse intercepted me halfway down the hallway. Beads of sweat clung desperately to her tired, furrowed brow.

“I’m not Catholic,” she uttered, pleading. “I swear I didn’t know.”

We walked together down the corridor until I got close enough to peer through the door. The contents of a small trash can lay spread across the bedside table. The hospital chaplain stood over my father, a used pair of gloves in his hand.  “Jim,” Father said, his voice tinged with authority and compassion: “I won’t be able to bring you Viaticum again – not until your swallowing improves.”

A tortured sob escaped my father’s lips. “Oh, Jesus. Forgive me! Did you find Him, Father? Did you find Jesus?”

A slim hand grabbed my elbow. A voice whispered next to my ear. “I didn’t know what it was, I promise. It was just a speck and I, I removed it…”

She had thrown Jesus in the trash. 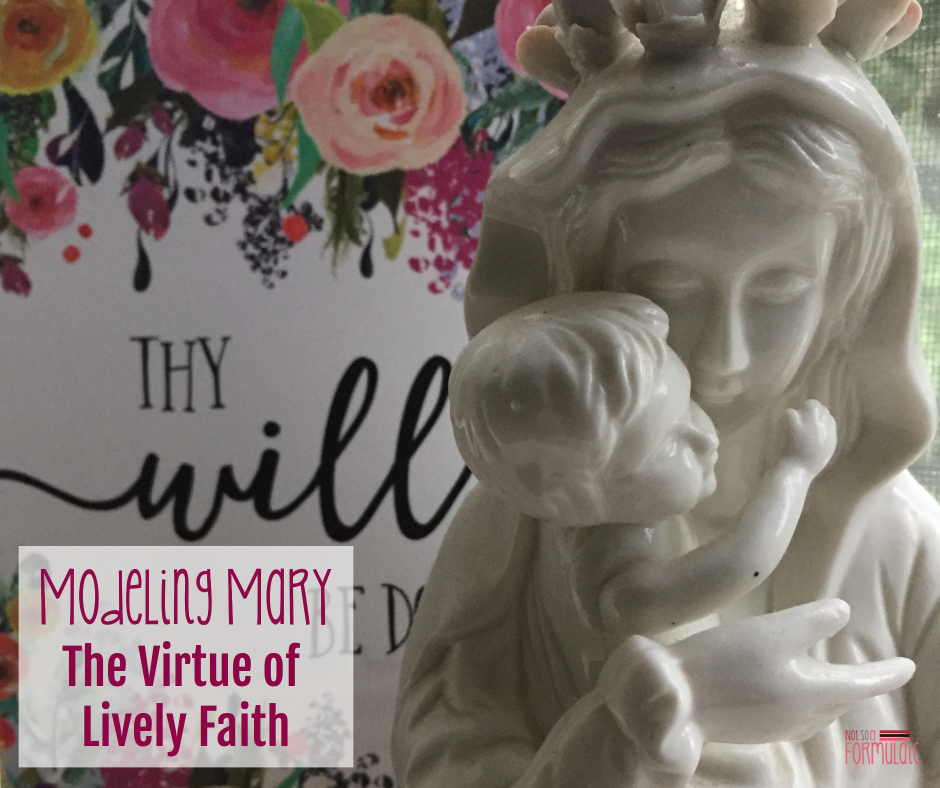 Blessed are you who believed that what was spoken to you by the Lord would be fulfilled [Luke 1:45]

In the final years of his life, my father’s faith grew by leaps and bounds. He had been a devout Catholic for as long as I could remember, but walking with Jesus on the way to the cross strengthened his understanding of the truths of our faith. His devotion to the Eucharist was phenomenal, his desire to receive Him unwavering.

But I was 27. My father was dying, and a nurse’s negligence had thrown him into despair. I was so angry it took me over a decade to recognize the grace in that gut-wrenching moment.

He had been given a share in Marian Virtue, specifically the Virtue of Lively Faith.

As Bethany covered in the introduction to this series, St. Louis de Montfort defined the ten virtues of Mary as specific characteristics we should study and emulate. Mary’s Lively Faith, her fiat, is the virtue that changed the course of human history. Her yes flung wide the gates of heaven, her faith brought forth the Incarnation for mankind. Our Mother Mary never doubted – not for one second, one moment in time. Her faith was keen, ardent, and steadfast.

It was overwhelmingly, undeniably alive.

By her lively faith, she believed the angel’s word without the least hesitation, and believed faithfully and constantly, even to the foot of the Cross on Calvary. (J. Morinay)

Though she was unique from the moment of the Immaculate Conception, Our Blessed Mother was not divine. She was a human woman who gave birth to a human son. But it is precisely the mother and child’s humanity which makes Mary’s faith all the more outstanding: what god would come to earth as a vulnerable, helpless child?

Mary knew the answer was simple. The Savior of the World was her tiny son.

Mary nursed Jesus and rocked Him. She changed His diapers and wiped his nose. She defused tantrums, soothed skinned knees, and directed daily chore time. Mary raised, loved, and adored a fully human child, never wavering in the knowledge he was divine: 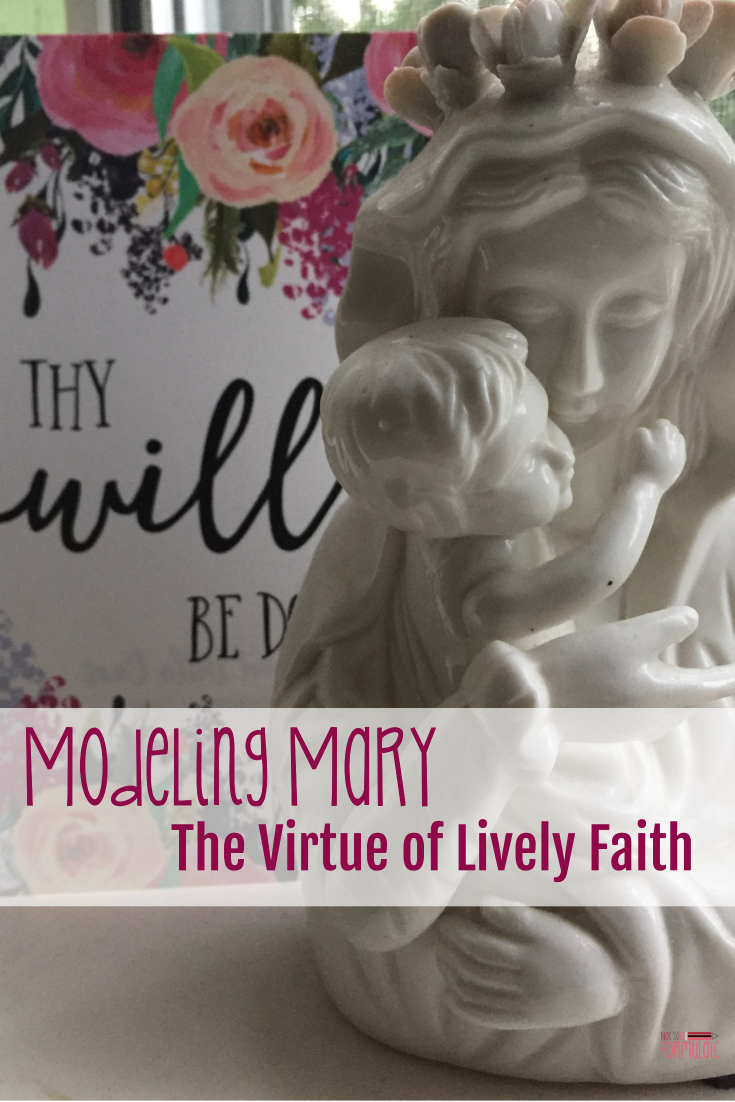 Our Blessed Mother’s devotion was unchanging. She saw Jesus at His most vulnerable and never lost sight of the divine. Her steadfast belief is a model for our own fidelity – the Eucharist isn’t a sign or a symbol. It is our God, body and blood, soul and divinity, fully present in the species of bread and wine.

The next time you approach the Eucharist, fix your heart on the image of Mary and her child. Contemplate the tenderness, the respect with which she carried Our Lord. Ask the Holy Spirit to descend upon you, to bestow you with the virtue of Mary’s Lively Faith.

My father had it.

We can have it.

May we open our hearts to her Lively Faith. 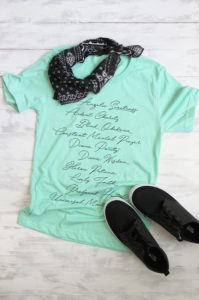 One lucky reader will win a Virtues of Mary T-Shirt. This unisex tee fits like a well-loved favorite, featuring a crew neck, short sleeves and made with superior combed and ring-spun cotton that is super soft. If you want a smaller fit, you may prefer to size down. You can roll the sleeves, throw on your favorite pair of denim shorts & you’re ready to go out and share your faith!

Lively Faith Co. was inspired by the Marian Virtue of Lively Faith and passionate Catholic saints. We hope to encourage the next generation of Catholics to proudly live out their vocations and as St. Catherine of Siena says, “set the world on fire.”

Here’s a special discount for readers you will receive 15% off orders $25+ when you shop at Lively Faith Co. use the Code: 10VIRTRUES.

Please support this amazing Catholic shop and continue to join us in this Marian Virtue Series.