Postpartum depression doesn’t always look the way you expect it to. It can show up late. It can manifest as a rage that comes out of nowhere. It’s also really hard to step out of and get help, especially if you feel you should be able to handle it. You don’t have to handle it. You’re not alone, and I’m sharing my story in the hopes it will help.

Writing about postpartum depression is sticky, and I’ve erased more versions of this post than I can count.  Why?  Probably this little issue I have with pride.  You know that saying, “pride goeth before a fall”?

I don’t like letting people know I need help.

When it came to postpartum depression, I was too proud to seek treatment and too afraid to admit that I needed help.  And so I survived untreated for nine years, letting it smother nearly a decade of my family’s life. 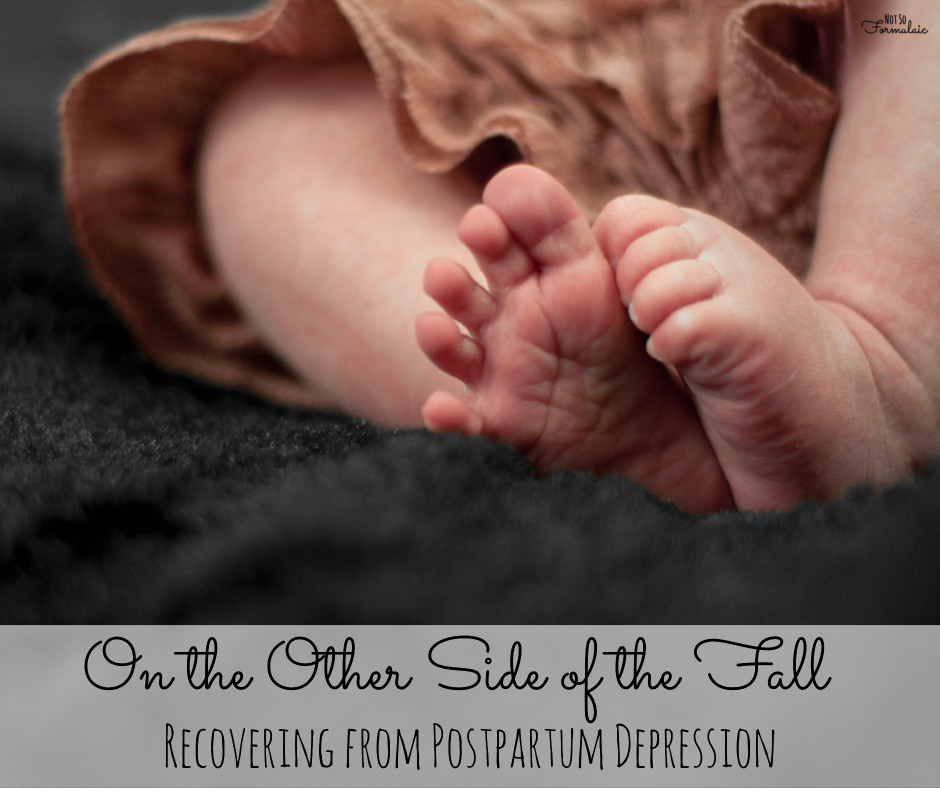 Nine years; nearly the entirety of my eldest child’s existence.  This beautiful, quirky creature who needed me more than she needed anything else had gotten the worst of it: a volcanic combination of love and resentment, joy and anger, selflessness and self-hatred.

It began after her birth, surging in and out like the tide.  On good days, I was supportive, loving, devoted.  On bad days, I was a screaming, raving lunatic with tantrums that rivaled a DEFCON 5 toddler meltdown.  And then the guilt would engulf me, wrapping parasitic arms around my shoulders as it whispered sweet nothings in my ear:

I would never be the mother my child needed.

She would only remember the anger.

I had ruined her.

There was no hope.

Eventually, there came a lull, and then we welcomed a second daughter.  This creative firebrand, sensitive and headstrong like her mother, was spared the postpartum wrath.

My older daughter was not.

Once again, I focused my anger, frustration and shame at my eldest.  My depression began to manifest itself in her.   The girl who would eat anything became a highly selective eater.  She had epic tantrums well into kindergarten when those sorts of things are supposed to be phasing out.  She was aggressive with her peers and withdrawn at school.

I felt ashamed of her.

Something deep within questioned whether I even loved her. I was trapped in an endless cycle of self-hatred and remorse. I felt so guilty and blamed my former bout of depression for the problems she was currently experiencing.  Yet the shame I felt at destroying her not only kept me from seeking help, but also from recognizing the same oubliette into which I had stumbled.

And again, there came a lull.

We made the decision to educate the oldest at home.   It was an opportunity to repair our relationship, heal both of our wounds and provide her with an education more fitting for her learning style and needs.

About two months into our second year of homeschooling, our family was blessed with a son.

I felt great.  No anger, no guilt, no frustration.  No uncontrollable outbursts.  The sense of relief was palpable.  I had prayed for deliverance from that horrible cross and received it.

For a while, at least.

What I didn’t really know, and what many other people don’t know, is that postpartum depression doesn’t have to be immediate.

Around the nine-month mark, I grew a little more quick-tempered.  I had moments of unbearable anxiety.  I was obsessing over my faults, both real and imagined, the words “I hate myself” on repeat in my internal monologue.

And then the school year started.  For the first time, I was teaching two at home and corralling a mobile baby.  My world imploded, trapped under the self-imposed pressure of being a good mother, a good teacher, a good “I got my body back in under a year” postpartum warrior.  I remember screaming, “WHY CAN’T YOU LEARN?!?!” at the girls, tears streaming down their faces while the baby babbled in the background.

Two weeks later and I was waking up in tears.  I was a shell.  Social situations placed me inside a glass booth where I watched everyone else from afar.  Schooling was a constant barrage of insults from me and tears from the girls.  Finally, collapsed in a puddle and babbling incoherently about how pathetic I had become, I let go of the pride that kept me trapped.  It was prayer that brought it out of me, a prayer whispered by my five-year-old as she, too, cried on the floor, her upper body draped over mine.  “Please, Jesus,” she begged.  “Save my mommy…..” 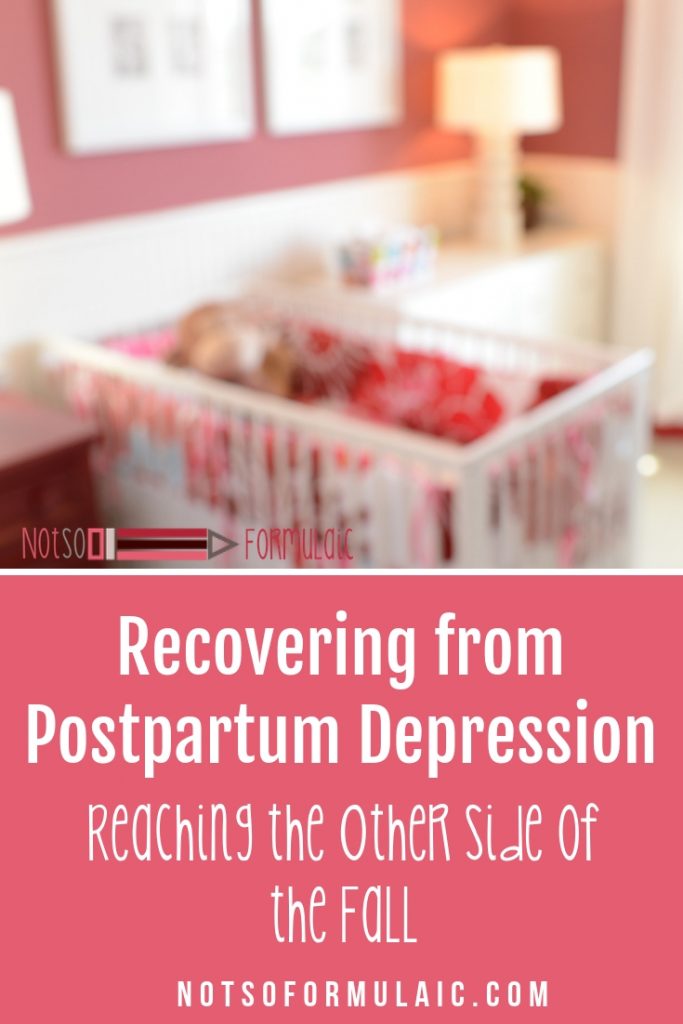 O Jesus! meek and humble of heart, Hear me.
Deliver me, Jesus.

that I may become as holy as I should…


I’ve always had trouble with the Litany of Humility.

But in that most vulnerable, most desperate moment, God used the smallest of his children, my little daughter, to bring me back to life.  The next day I was at the OB; the day after that I was on medication.  Six months later I am the mother my children need.

There is still a lot of work to do, therapy being the least of it.  I look back on my life before all of this and rue how much time I cowered under that fog.  But I cannot live under the “what if’s” and “if only’s”.  I can only move forward and embrace the humble truths of faith, of love, of family.

It is so much better on this side of the fall.

Postpartum Depression and Recovery: My Journey to the Other Side of the Fall 1921992715

Postpartum Depression and Recovery: My Journey to the Other Side of the Fall 1821694548