When you hover, you may think you’re doing your kids a favor. Reality couldn’t be further from the truth.

Her daughter had been sick for most of the semester. She was calling, she said, to see if I could help.

Daughter had missed a lot of school. Doctors still weren’t sure what was wrong. It was her senior year – she would graduate in May – but only if she completed the overwhelming amount of work that lay before her.

And truthfully, not a lot of it was getting done.

I offered my standard services in this situation: help with time management, brainstorming, editing, the whole nine yards.

“Actually, I’d like you to write her remaining papers. Do you have room in your schedule right now?”

My mouth hung open like a bass catching flies.

Surely I’d misheard what she said? 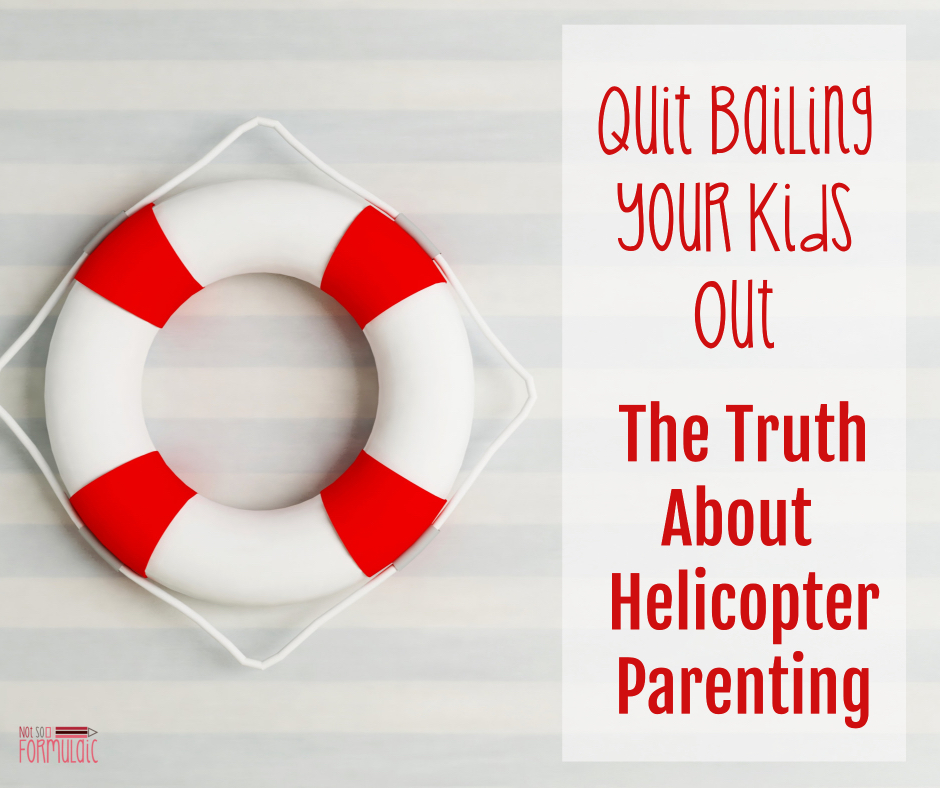 “I’m sorry – can I just clarify for a moment? You want me to write your daughter’s papers so she can turn in my work, get credit for it, and graduate on time?”

I swallowed saliva down the wrong pipe, sputtered quite elegantly, and coughed with professional ease. “Has she spoken to her professors?”

“Has she considered taking a year off?”

“I keep telling her that’s what she needs to do, but she refuses.” Her voice lowered, almost to a whisper. “Look. I’m desperate. I don’t know if she’s depressed or something but she just won’t do the work. What am I supposed to do? I can’t just let her fail!”

Uh, mama? Yes, you can. In fact, you should. I’ve worked with thousands of parents over the course of my career. If there’s one thing I’ve learned as an educator, a tutor, and a mom to my own kids, it’s this:

The time has come for us to quit bailing our kids out.

I promise I’m not heartless. Chronic illness is an iron cross and depression? You’re tying a millstone to a kitten and tossing her overboard.

But let’s imagine for a moment I had agreed to the proposition.

I meet with the girl; she hands over her coursework. I spend my (nonexistent) time writing papers about the economic and social consequences of the French Revolution; the feminine mystique in 19th-century literature. Or something else – who knows. Anyway, she turns them in, gets her grades, walks across that stage in May and throws her cap in the air with her colleagues.

That diploma means nothing because I earned it – not her.

Add to that the strong possibility someone down the line learns the truth – what’s going to happen then? A mess of heartache, most likely, because universities strip degrees from cheating students.

I realize this mom is desperate. She has a sick daughter whose future sits on a literal and figurative line. But if she swoops in to save her daughter from the struggle, she isn’t making a positive difference. Rather, she’s giving her daughter a length of rope with which to hang herself.

I’m not having any part of that.

Whether we like it or not, the world sets limits for our children. Some of them are internal and in the course of human development, such as the frustration of a toddler who can’t find the right words. Others are external and hit closer to our own emotional growth: we remember what it’s like to be picked last for kickball, or cast as “townsperson one” when Juliet was the dream.

When we hover, it’s not that we’re intentional meddlers or micromanagers gone to the extreme. It’s a behavior born of the desire to prevent hardship. It’s instinctive and ingrained in our DNA. But what are we building beneath the surface of our protection?

In the past ten years, at least eight prestigious universities have uncovered large-scale cheating scandals, including Harvard and UVA. What’s more, 59% of high school students admit to cheating on tests, and 34% say they have done it more than once.

Young adults who are anxious and depressed

Recent studies indicate 44% of recent college graduates experience depression, and suicide is one of the leading causes of death among college students. Therapists report treating adult children as old as 30 who are terrified of moving away from their parents.

Young adults who are entitled and privileged

58% of millennials refer to themselves as “entitled,” and more than 70% say they are “selfish.” All one needs to do is read the stories of Brock Turner, Ethan Couch, and George Huguely V to gain insight here. 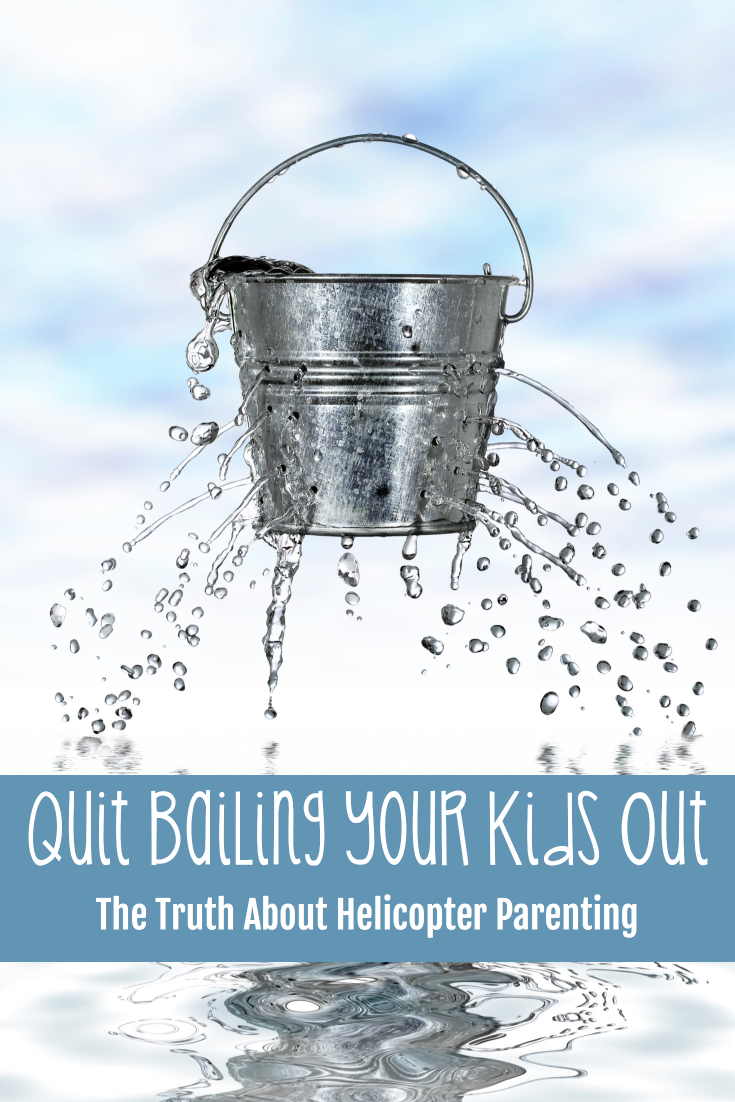 When we bail our kids out, we may think we’re doing them a favor. Reality couldn’t be further from the truth.

We’re raising generations of kids who can’t function without someone to micromanage them, without a wingman who draws the fire and the smoke. What we really need to do is prepare our children for the future. They need a chance to fall down and get back up on their own.  If we’ve taught them well, they will persevere with grit and elegance.

They’ll be the kids who make a difference instead of falling back on privilege and entitlement, and they’ll teach their kids to do the same.

You Need to Let Your Kids Fail

Quit Bailing Your Kid Out: the Truth About Helicopter Parenting 2049268719

Quit Bailing Your Kid Out: the Truth About Helicopter Parenting 738087315