Don’t feel guilty or less Catholic if a full family rosary hasn’t worked. The full devotion isn’t required for family prayer time, especially when you’re managing anxiety and OCD. (Thanks to Emily at Tejana Gringa for sharing her story)

We recently decided to take a step “backward” and stop saying the entire Rosary as a family.

My husband, often being the wiser between the two of us, had been suggesting this for a while. But I stubbornly held on to the idea that we had to keep doing the entire rosary.

When the sexual abuse cases in the church came to light in the summer of 2018, they were coupled with the revelation of a previously unrealized instance of abuse in my own past.

I felt we needed to pray a formal prayer of protection for our family in what seemed like a sort of spiritual nuclear fallout. The Rosary appeared a likely umbrella, even if praying it often took the character of a hostage negotiation held with the inmates of an insane asylum.

It was pure suffering for all involved, but suffering leads to salvation, right?

It does, as long as it’s the right kind. 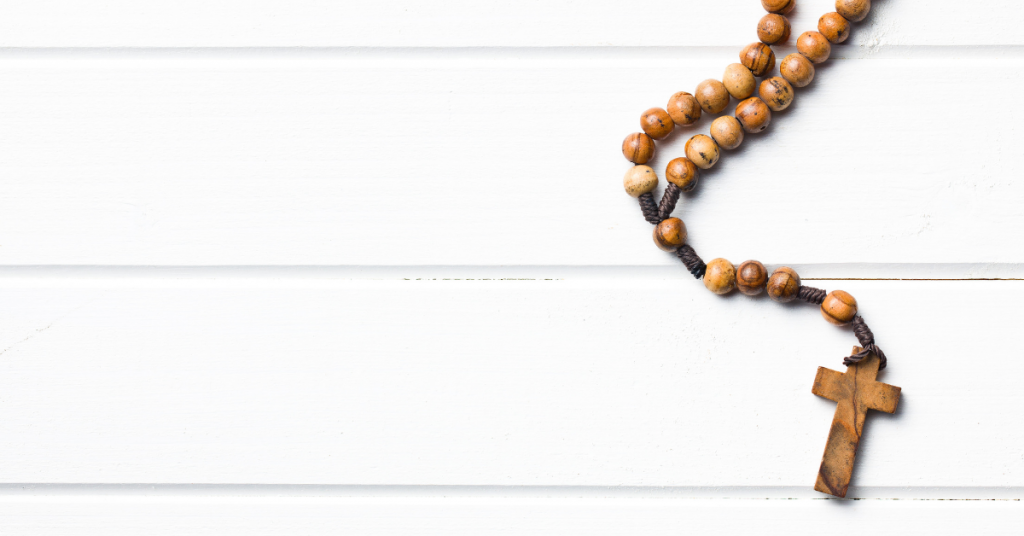 Prayer, Anxiety, and the Truth About OCD

My relationship with prayer as a child was rocky.

At the recommendation of my mom, I would pray the rosary at night to help me try and fall asleep. Instead of relaxing, I’d be so anxious about saying it right that it would keep me awake until I finished.

This preoccupation with saying the rosary “correctly” followed me through high school and college. Praying it on my own would often take hours, as I would ‘re-do’ the prayers when I felt I had been distracted or hadn’t said them with enough devotion. I rarely ever said the rosary because it took so long, and that became a significant source of guilt.

I still can’t really meditate when I say it, even as an adult.

Sadly, this approach to prayer cropped up in other devotions as well. Attending Mass was extremely difficult for me for similar reasons. But while I could still occasionally get some solace from attending Mass, the Rosary was almost always torturing. It wasn’t until I was out of college and married with a baby on the way that I was finally diagnosed with Obsessive Compulsive Disorder. Many of my struggles and feelings of inadequacy in my faith had an underlying cause.

Therapy helped, but I don’t want my children to have the same dysfunctional relationship with prayer that I had as a child and young adult. Though he’s only three years old, my oldest son is already showing some signs of anxiety, resistance to change, and an inability to moderate his emotions. He seems to have a temperament very similar to mine at that age, and I want to help him avoid the struggles that I went through.

It makes God seem like a passive-aggressive grandfather who sits around waiting for you to mess up:

That’s basically how I saw God for years.

I know now that isn’t the relationship that God wants to have with His children, or even really how He sees sin, but I still fall into approaching things that way from time to time. And as a mother in the middle of a spiritual crisis I felt strongly that saying the Rosary as a family would protect us.

I liked being able to say that we were doing the rosary as a family and the impressed reactions that we got.

What finally broke through to me was reading a book by Dr. Gregory Popcak about fostering a healthy spiritual life in one’s family and with one’s children, and what type of prayer is appropriate for certain age groups.

For preschool-aged children, the age that my children are now, Popcak talked about focusing on fostering relationship with God.

Prayer is supposed to be teaching our children to turn to God and feel loved and safe with Him rather than focusing on the form of the prayers. Popcak suggested singing praise and worship songs or hymns together as a family or focusing on a single decade of the rosary together, rather than trying to cram in the entire thing.

This approach would have helped me immensely as a child. 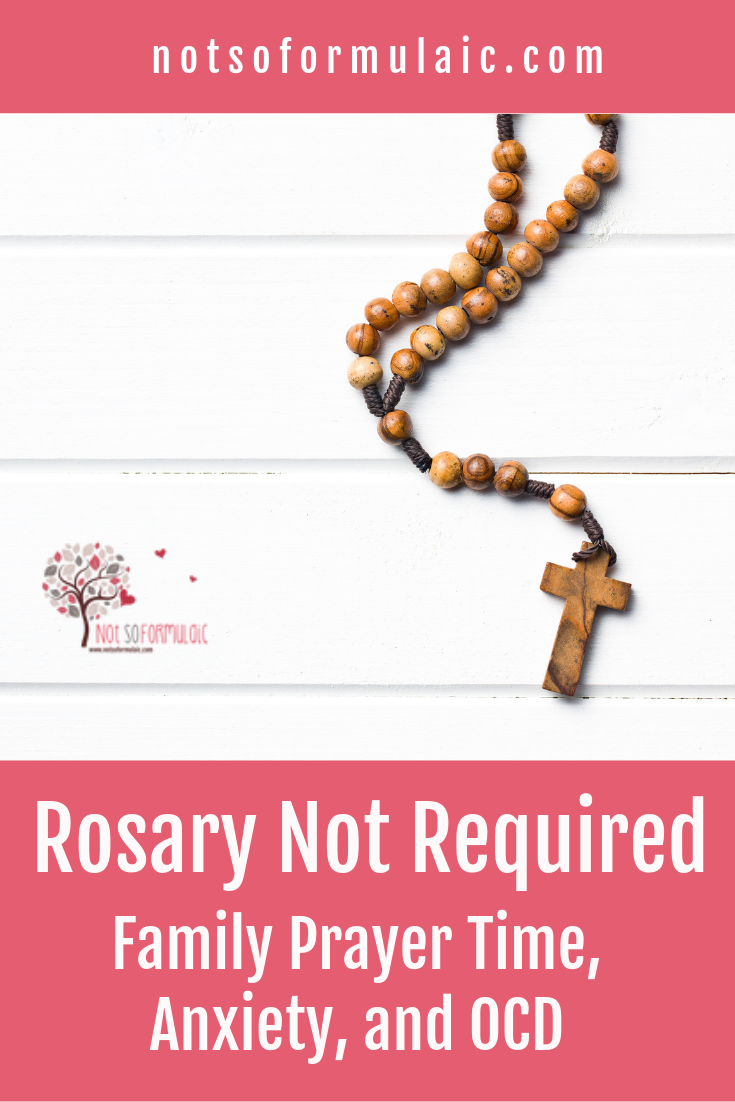 One Decade at a Time

Through it all, I think that perhaps God is calling me to redefine my own relationship with Him by fostering a healthy, loving one between Him and my children… and the fact that my pride is taking a bit of a beating in the process seems to confirm that suspicion. Letting go of that so that my family can actually form a relationship with God that’s right for our family, rather than looking like we already have one, is actually pretty humbling. And it’s calling me to let go of my own anxious efforts to protect my family through saying the right thing at the right frequency, and to depend more on God’s love for our family and what He wants from and for us.

Right now, we’re choosing to substitute doing the entire rosary with meditating on a single mystery and doing a single decade per night, completing an entire rosary over the course of the week. This gives us an opportunity to focus on a single mystery, and for our young children to have a fairer chance at being able to behave for the (much shorter) duration. We also have a time where we all share what we’d like to pray for, which helps bring us closer as a family as well as closer to God.

We’re still very much discerning what our family prayer time should look like. We might keep the current format, or we might change it again. There are things that I think would be helpful for our family and fostering relationship, like singing a hymn together, that I struggle to figure out how to actually implement just because they seem so foreign to the way my husband and I currently pray and how we were raised. But we’re trying our best to be open and to grow, which seems to be the point of this whole prayer thing anyway. It’s a vulnerable thing for me to really look at our needs as a family and let go of the standard of what I “ought” to be making my children do, and instead, listen to them and discern what best fits us as a family.

But I believe it is what God is calling us to do for our children’s salvation as well as our own. 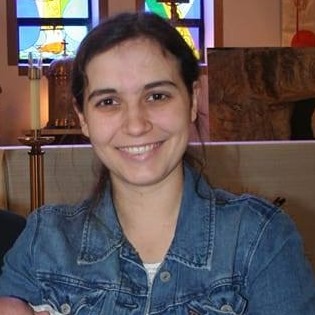 Emily Hess is a twenty-something wife and mother who’s still getting the hang of this. She has a bachelor’s degree in philosophy, a bunch of chickens, two kids, a bearded husband, and an unusual amount of mud tracked in her living room. She lives in South Texas where the sun is relentless and the tacos abundant. Connect with Emily on her blog, TejanaGringa.blogspot.com, and her Facebook page.