Teaching children about Autism is a necessary and vital endeavor. The Girl Who Thought in Pictures is a valuable tool for parents, sharing the story of Temple Grandin with accessibility and love.

This post contains affiliate links. Please see my disclosure policy for details. I received a copy of The Girl Who Thought in Pictures in exchange for a review. All opinions are my own.

She was seven the first time it happened in a social situation.

Three folding chairs by the fire pit; three girls seeking the amber flames’ warmth. My daughter walked up, smiled at her companions, and sat down in the chair on the far right.

There was a blonde pixie in the middle, an olive-skinned darling on the left. I stood behind the three girls and tried to cement that moment in my memory:  finally, an opportunity for my girl to make friends.

And then, the overt whisper. The not-so-casual scoot of two chairs. My kiddo was clueless and kept moving over. The other two girls rolled their eyes, stood up, and left. 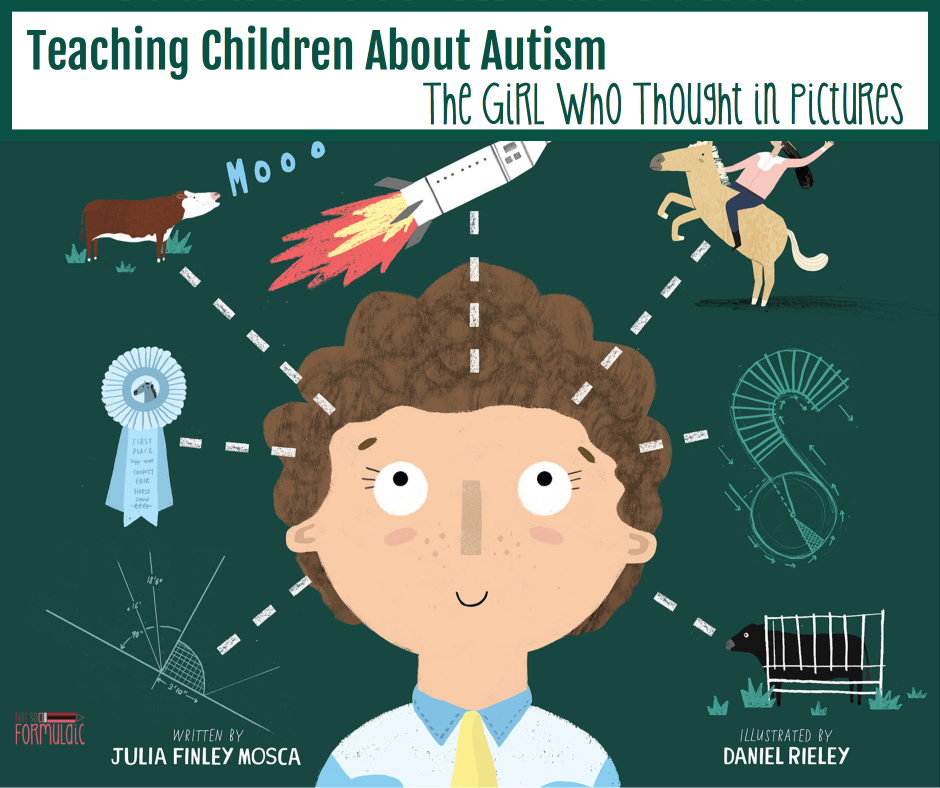 Autism and Bullying: a Growing Problem

Raising a child on the Autism Spectrum is a roller coaster, even though we’re only on the Spectrum by a thread. My daughter’s twice exceptionality has made it difficult for her to make friends and forge relationships, to say nothing of the bullying she will occasionally face. While children today are far more aware of Autism Spectrum Disorders than they were when I was a child, the statistics on bullying are troubling. According to a joint 2012 study by the Autism Network and Johns Hopkins University, bullying occurs in

(NB: Asperger’s and PDD-NOS are no longer considered diagnoses on the Autism Spectrum. The DSMV-V now classifies it via levels from one to three)

Furthermore, research out of Southern Australia indicates a relationship between bullying and the incidence of lower self-esteem. When children with Autism or Asperger’s are bullied, they experience an increase in

Clearly, bullying among Autistic populations is a problem. But the over-arching question remains: how do we make it stop? The answer is simple, really: education and empathy.

Teaching Children About Autism: The Girl Who Thought in Pictures

You can only understand people if you feel them in yourself.

For neurotypical children, Autism is a hard thing to grasp. Their Autistic peers engage in unexpected ways, and it can be hard for them to know how to interact. It falls on parents and mentors, then, to teach children how to relate. We can help them understand that while a friend on the Spectrum may be different, she certainly isn’t less – and that’s where The Girl Who Thought in Pictures comes in.

Written by Julia Finley Mosca, The Girl Who Thought in Pictures tells the story of Dr. Temple Grandin, the foremost Animal Scientist and Autism Advocate of our time. Mosca conveys Grandin’s life story and accomplishments in enchanting verse made all the more engaging through Daniel Rieley’s whimsical illustrations.

The Girl Who Thought in Pictures traces Grandin’s life story, from her birth in 1947 (an era unfamiliar with Autism Spectrum Disorders) to her current position as a professor at Colorado State. Mosca couches Grandin’s Autism diagnosis in terms of difference, not deficit, giving her accomplishments and potential center stage. What’s more, Mosca and Reiley work seamlessly to reveal Grandin’s personal struggles and triumphs in a way every child can understand: the text is relatable, the images inviting, and the story easy to grasp.

As the parent of an older child on the Autism Spectrum, my greatest joy regarding this book came from watching my daughter read it to herself. She curled up on the couch and devoured it, then sat quietly for a while, deep in thought.

“What do you think?” I asked her. She was quiet for a moment and then sighed.

For my deeply introverted daughter, that was huge. 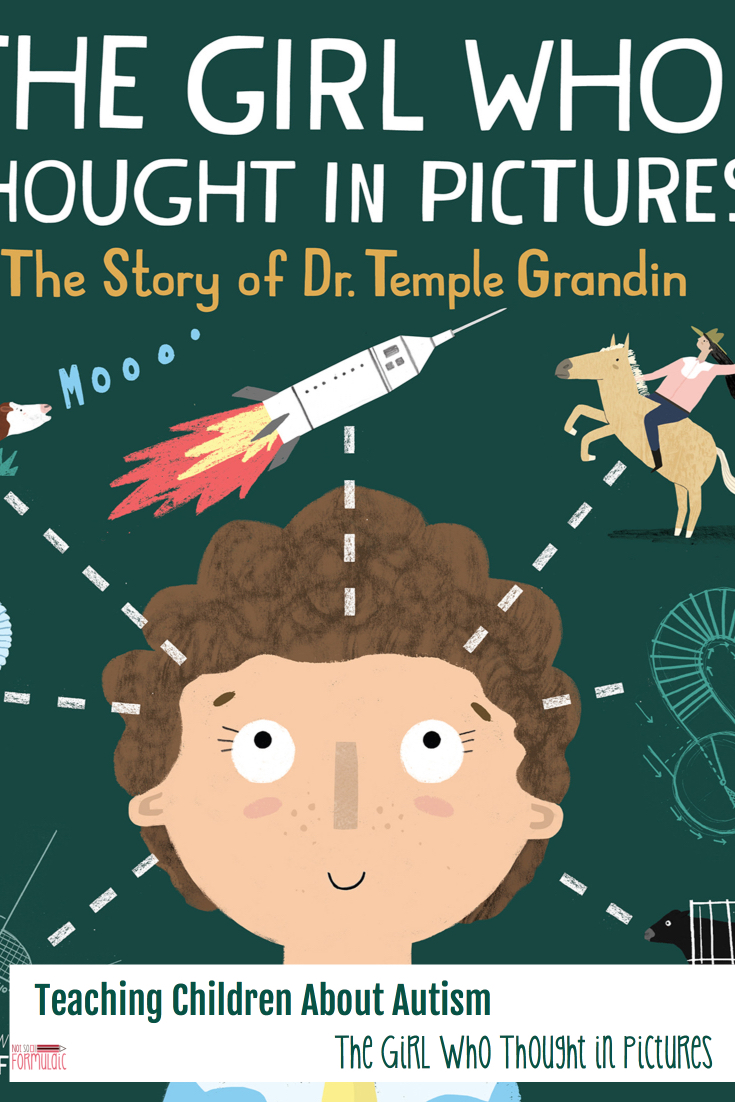 When we teach our children about autism in a positive manner, we’re facing the quandary of bullying head-on.

The Girl Who Thought in Pictures presents a delicate topic with love and accessibility. Kudos to Mosca, Rieley, and Innovation Press for providing parents with an indispensable teaching tool.

Teaching Children About Autism: The Girl Who Thought in Pictures 2035183920

Teaching Children About Autism: The Girl Who Thought in Pictures 309366910