Christmas is a time for miracles.  I know this for certain, because my father’s final gift to me came ten years after his Christmas season death – a lasting sign of abiding faith.

Christmas reminds me of my father.  It’s what made him happiest, followed closely by slow, deliberate summertime puttering at my family’s Carolina beach cottage.

My dad loved to tinker.  While the Christmas season didn’t offer much room for that in the traditional sense (he wasn’t one for spackling and painting in 30 degree temps), he still found a way. His model trains needed attention; his favorite stories needed reading aloud. After hours of frustrated engineering and dusting, he would select a book, gather us by the tree, and treat us to an animated performance while the Lionel chugged earnestly in the background.

Some years it was The Cajun Night Before Christmas. Others, he read Luke, chapter 2.

But one Christmas, Dad chose a letter from an 8 year old girl.  It was a request for information from Francis Pharcellus Church, the editor of the New York Sun: 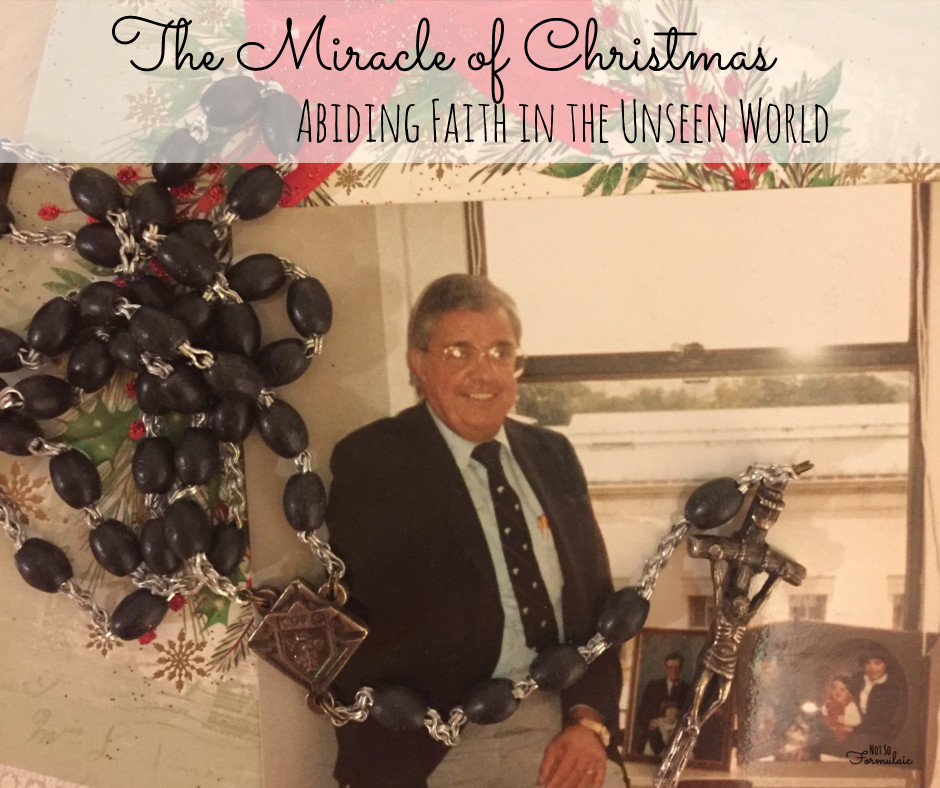 I am 8 years old. Some of my little friends say there is no Santa Claus. Papa says, “If you see it in The Sun, it’s so.” Please tell me the truth, is there a Santa Claus?

He lowered his voice; leaned forward in his chair.

My sister and I listened, clinging to his every word.

“Virginia,” he read,  “your little friends are wrong. They have been affected by the skepticism of a skeptical age. They do not believe except they see. They think that nothing can be which is not comprehensible by their little minds. All minds, Virginia, whether they be men’s or children’s, are little. In this great universe of ours, man is a mere insect, an ant, in his intellect as compared with the boundless world about him, as measured by the intelligence capable of grasping the whole of truth and knowledge.”

I was old enough to know that Santa wasn’t real, at least not in the secular sense.

Still, something about the editor’s response, brought to life through a voice I loved, sparked a fire.

“Yes, Virginia, there is a Santa Claus. He exists as certainly as love and generosity and devotion exist, and you know that they abound and give to your life its highest beauty and joy…Nobody sees Santa Claus, but that is no sign that there is no Santa Claus.  The most real things in the world are those that neither children nor men can see….Nobody can conceive or imagine all the wonders there are unseen and unseeable in the world.”

Over the course of my life, my father gave me two great gifts.

The first was his living example of the gift of faith, the ability to embrace and cling to the “unseen and unseeable” in our skeptical world.  In my father’s eyes, Church’s response to little Virginia was neither a testament to the existence of the magical nor an argument in support of a childhood folktale.  To him, Church spoke to the reality of our God most high, whose very nature and existence our human limitations can only begin to understand.  I myself did not understand this until my father gave me his second gift, a miraculous occurrence that took place a decade after his Christmas season death.

My father died on December 23, 2005.  His final months were long and arduous.  He was insightful and witty to the end, and I view our conversations over those final months as the cement that holds together the structure of my faith. 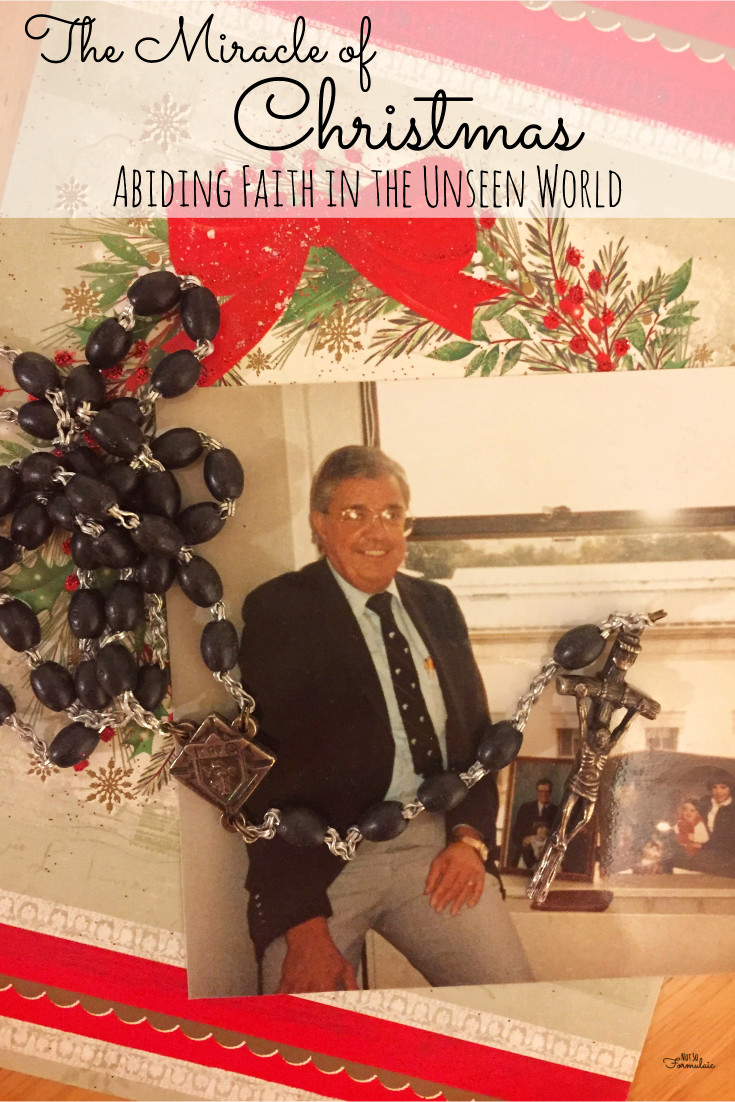 In the days following Dad’s burial, my mother handed me his Knights of Columbus rosary.

Take it.  He would have wanted you and Dan to have it.

In my grief I set it aside, then promptly forgot where I set it.  For ten years that rosary remained hidden, locked away in a nebulous no-man’s-land of mourning.  Until my son’s first birthday, when in between cake and presents I took a moment to myself upstairs.

There on my vanity lay those dull black beads, their surfaces made shiny with repeated use.

It had not been there that morning.  No one had been in my room in the interim.  And yet there it was, in full view, carefully laid out as though someone had just used it in prayer.  I picked up the beads and turned them over in my hands.  They were warm and smelled faintly of chrism.

I closed my eyes.  I heard my father’s voice:

“The most real things in the world are those that neither children nor men can see…Nobody can conceive or imagine all the wonders there are unseen and unseeable in the world…[T]here is a veil covering the unseen world which not the strongest man, nor even the united strength of all the strongest men that ever lived could tear apart. Only faith, poetry, love, romance, can push aside that curtain and view and picture the supernal beauty and glory beyond. Is it all real? Ah, Virginia, in all this world there is nothing else real and abiding.”

There is nothing else real and abiding.

Only the love of a father for his daughter.

Only the love of the Father for his children.

Only the birth of a babe on Christmas morning.

The Miracle of Christmas: Abiding Faith in the Unseen World 2136557509

The Miracle of Christmas: Abiding Faith in the Unseen World 1900036455