Shakespeare had a gift. He could express the human condition through subtext, relying on language alone to tell the tale. He knew what it meant to be human, and transmitted our triumphs, our joys, our failings, and our fears through the use of dialogue alone.

If you’re familiar with any of his plays, you’ll know what I’m talking about: 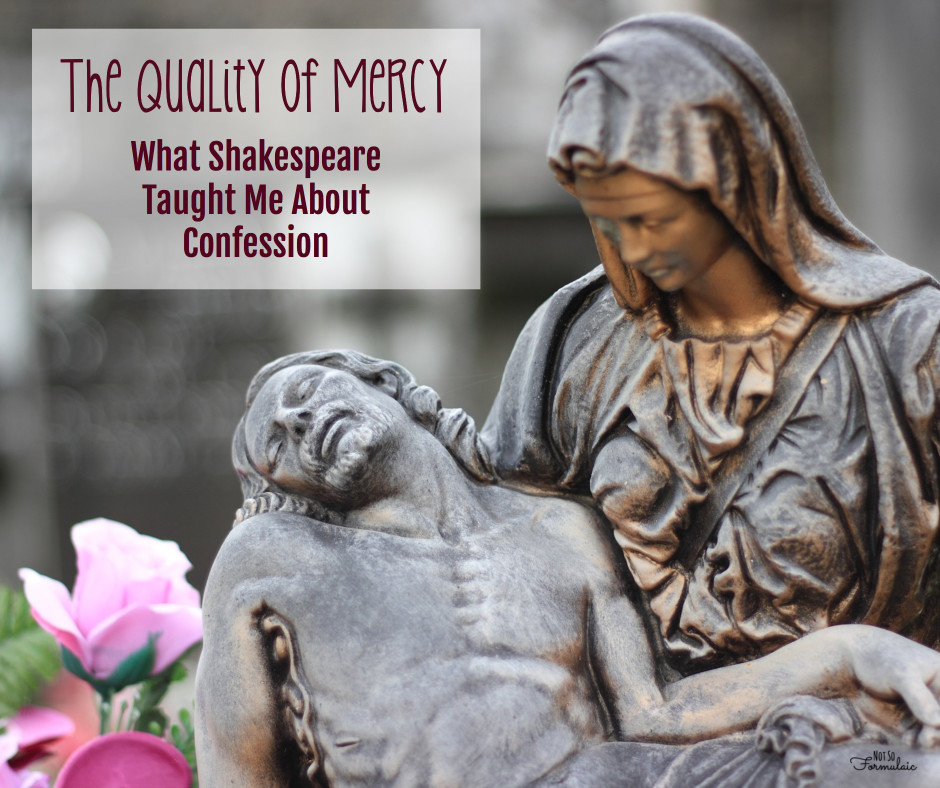 Romeo and Juliet: Several directors have Lord Capulet strike Juliet when they argue in III.iv. The indication comes from the man’s violent exclamation (“My fingers itch!”) and Lady Capulet’s admonition: “You are too hot!”

Hamlet: Polonius is losing it, and there’s no narrator to tell us that. We make that assumption courtesy of his constant insistence on cliched and aging proverbs.

Macbeth: While the witches reveal a great deal to the audience, they never tell us the love of Macbeth’s life will have a hand in his undoing. We just watch, dumbstruck, while Lady Macbeth’s secret counsel consumes and destroys them both.

This is how life works. There are no stage directions for our own experiences, no disembodied voices relaying an associate’s private thoughts. Even the divinely inspired writers of the Gospel relied on subtext, especially John, who takes us inside an intimate moment at the well between Savior and self-professed sinner.

The Woman at the Well

Do you know what noon is like in the desert?

Really, stinking hot. And frankly, ain’t nobody in their right mind gonna be out running errands at a time like that.

Except, of course, if you’re an outcast, a known adulteress living in very public sin.

Or unless you happen to be the Savior of the world, endeavoring to save this woman from herself.

John never reveals Jesus’ interior motives, at least not directly. He only describes our Lord as “tired from his journey,” seeking a place to rest.

We know that Jesus was fully human, subject to the every human experience. But he was also fully divine, providing him with knowledge only God could have. According to my pastor, Fr. John DeCelles, Jesus must have been not just physically exhausted from a very long journey, but spiritually rent as well.

John’s characterization is deft. Through their conversation, we come to know a strong-willed, intelligent woman. Though she may be embarrassed by her life of sin, she isn’t afraid to challenge male authority. She questions Jesus from the outset, the slightest hint of humor in her provocative retort:

“Are you greater than our father Jacob, who gave us this cistern and drank from it himself with his children and his flocks?”

Jesus takes her challenge in stride. He doesn’t lash out at her as he did the pharisees (“You…whitewashed tombs…beautiful on the outside, but full of dead men’s bones and every kind of filth,”), nor does crouch in the dirt and draw, presumably to write out her sins.

No, he responds with a challenge of his own, a glimpse into the character of the God made man:

His eyes are gentle. His gaze, piercing. His lips upturned in the faintest hint of a smile.

This man is a prophet, perhaps even “the Christ”.

And he has been waiting for her. 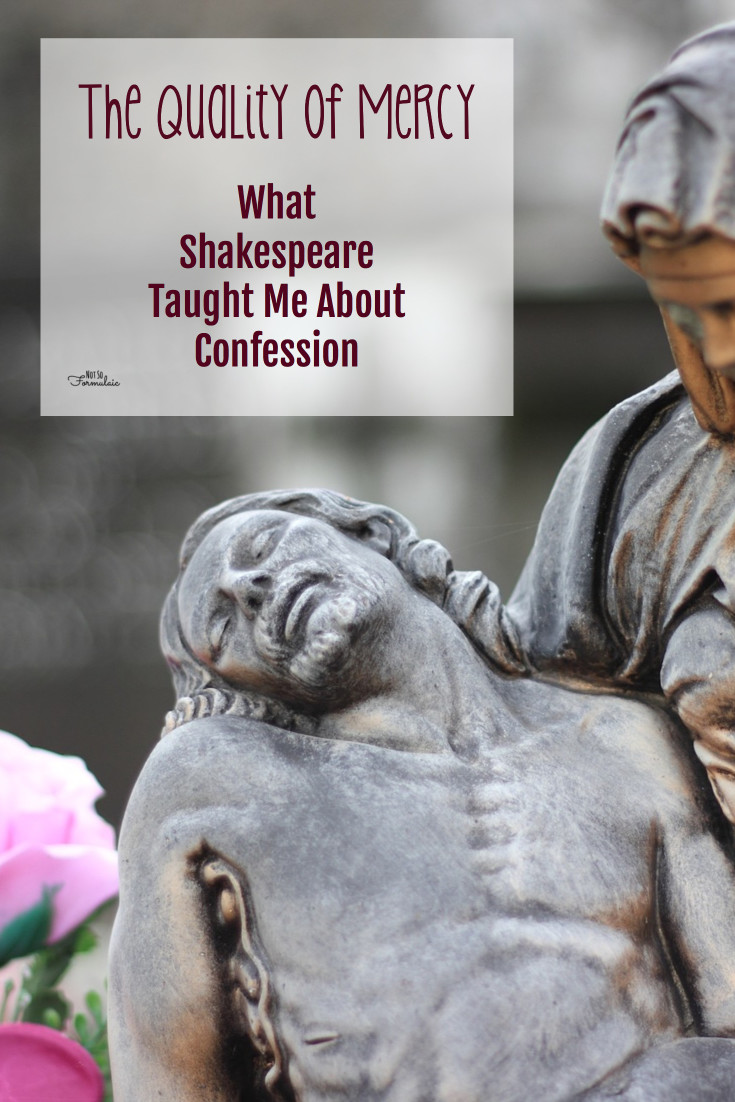 The Quality of Mercy

My parish hosts soup suppers every Friday in Lent: a potluck meal followed by Stations and confessions. Two weeks ago, I sat at a folding table with G, watching her push forkfuls of Mac and cheese back and forth across her bowl. She had fought with her sister earlier in the day, and was still brooding over her role in the fray long after it had dissipated.

Our parochial vicar stood a yard or so away, chatting with another parishioner. He excused himself, saying he had to run up to the church to prepare for confession.

G dropped her fork and was on Father’s heels, out the door and up the stairs.

She knew Jesus was waiting for her.

We know he was waiting for the woman at the well.

We know he waits for us, too:

“The quality of mercy is not strained;
It droppeth as the gentle rain from heaven
Upon the place beneath.”

Like Christ’s encounter with the woman at the well, the beauty of confession lies in the subtext. It is the story behind the words – the gentle embrace of a loving father – which brings us to the living water freely given in the heat of the day.

Shakespeare knew a thing or two about humanity.

He knew a thing or two about language.

He knew a thing or two about mercy.

We don’t need stage directions to find it.

The Quality of Mercy: What Shakespeare Taught Me About Confession 203656779

The Quality of Mercy: What Shakespeare Taught Me About Confession 609237471