Of course, it’s tempting to save our children from disappointment, but we serve them better when we allow them to fail. The process of getting up, dusting off, and starting over may be painful, but considering the growth in empathy, perseverance, and resilience, it’s worth it in the end.

It was hot.  I was a billion years (okay –  39 weeks) pregnant.  And there we were at the neighborhood Harvest Festival, biding our time for the Halloween costume contest.

Every year my mother-in-law makes beautiful costumes for my children.  For this particular Halloween, my eldest requested a wolf.

Boy, did Grandma deliver.  It was darling, complete with glowing eyes, sharp teeth, pointy ears, and a fuzzy black tail.  My daughter wore it proudly in the weeks leading up to Halloween, and she had been looking forward to this annual contest for weeks.

We all waited, four girls and their mothers, for three plastic medals.

Any fool could tell how this was going to go. 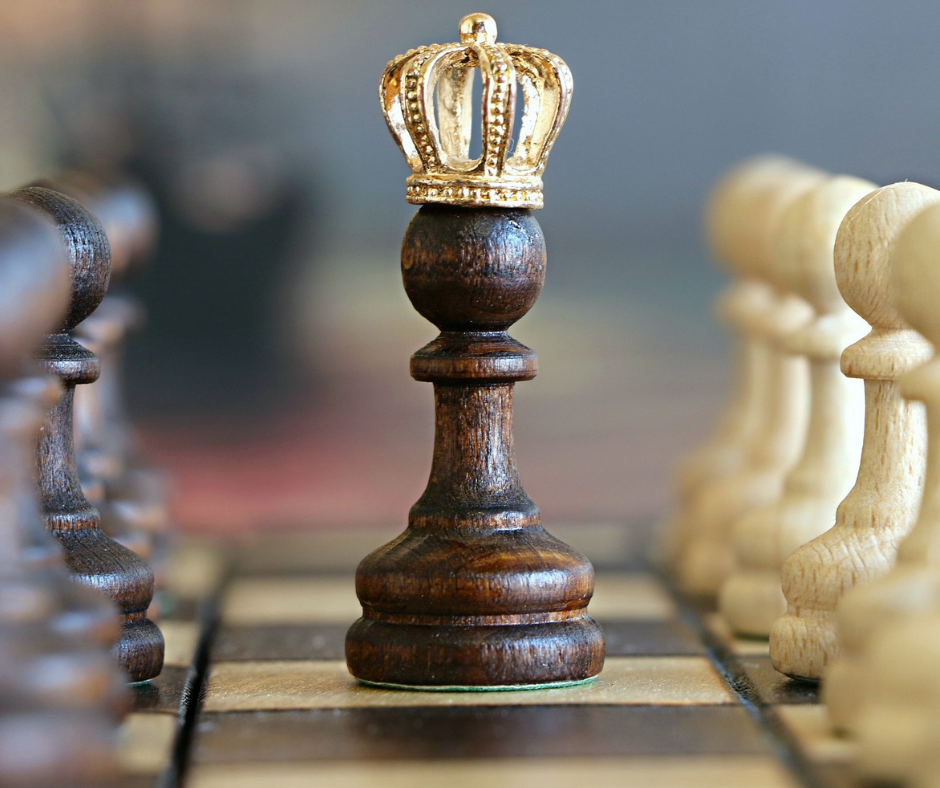 One of them didn’t place, but it wasn’t my girl.

First place went to the zombie prom queen, second place to the princess.  Both girls wore store-bought costumes. The two homemade entries, my wolf and Jessie from Toy Story, had received the consolation prizes.

Jessie stood to my right, partially obscured by her distressed mother.

“She made this costume! She worked hard on it!  What do you mean you won’t let her compete again?”

The judge mumbled something about fairness; about age groups and medals and participation.

“She deserves a prize!  How can you let her down?  This is completely unfair….”

I pulled my daughter into my arms and felt her furry form melt into my chest.  “Your costume is perfect,” I whispered. “It suits you.”

Failure and the Mother Bear Reaction

I headed for the car feeling unsettled.  Something about the mother’s reaction both resonated with and appalled me.  You bet your bippy I was just as irritated with the contest results.  My girl’s costume was darling and handmade – two qualities I thought should have earned her higher recognition.  Part of me wanted to waddle my pregnant belly up to the judges and raise my own cain.  But by the grace of God,  I held my tongue, choosing to turn the moment into a teachable one.

Rather than fuss and fret over a plastic medal, I turned our focus to her inherent worth and the interior qualities that made her unique.

Though my partner in motherhood chose otherwise, I can’t blame her for her reaction.

It’s hard to watch your child fail.  But the benefits of embracing failure far outweigh the drawbacks, as they teach valuable lessons our children will need as they grow into productive adults. 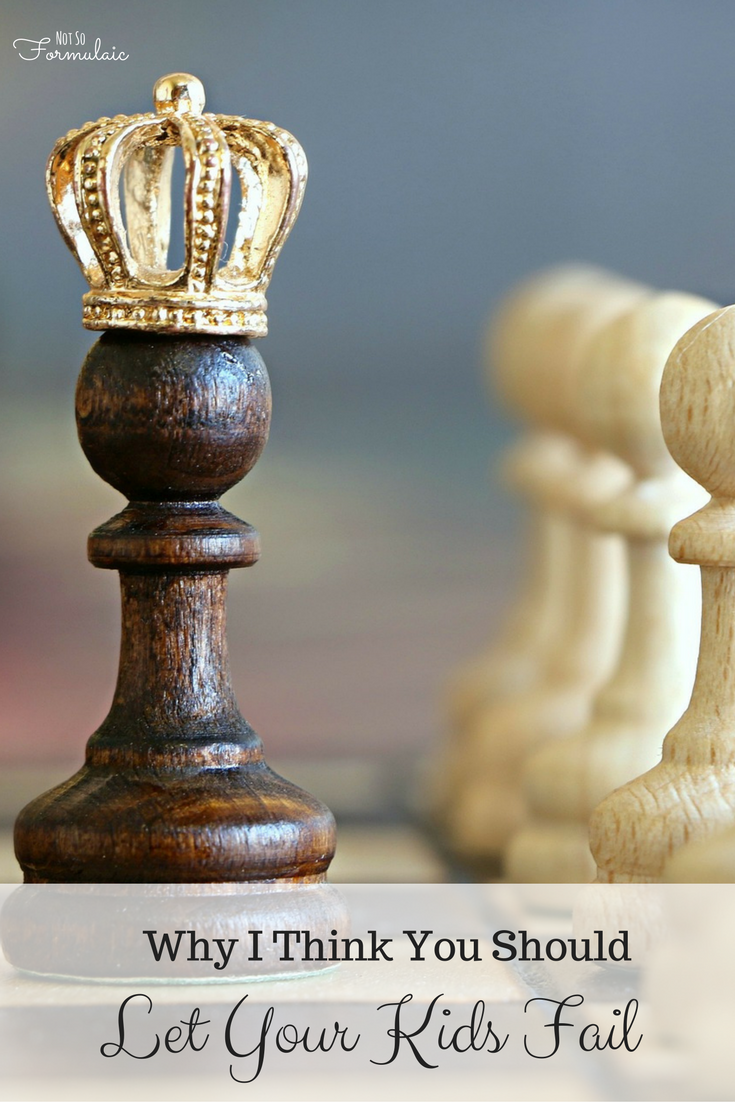 Why You Should Let your Child Fail

Here’s the hard truth:  no one is entitled to anything.

We all deserve respect and compassion as members of the human race, but as far as getting something for nothing?  Nope.  No way.  When parents swoop in to orchestrate a second, third, or fourth chance for their children, it tells them those initial results are meaningless.  It tells them they deserve specific honors and opportunities even when actions don’t merit them.  It tells them they are above objective rules set by a governing body.  And down the line, it teaches them they can behave like Brock Turner and Ethan Couch and get away with it.

When we let our children experience failure, they learn that success is earned, not given. And then they learn to work for it.

We know success isn’t easy.  When our children head out in this world on their own, how will they face the struggles that await them?  Will they curl up in a corner the first time they don’t get the job offer?  Or will they roll up their sleeves, revamp their resume, and pick up the search once again?  When we let our children experience failure, they learn to dust themselves off and head back into the fray. They become resilient individuals who persevere toward their goals.

Our children are growing up in a divided world.  The ability to understand someone else’s experiences and emotions will go a long way toward healing that divide.  When we let our children experience failure, they learn what it feels like to struggle and face challenges.  They learn it is a universal process, and they are more likely to show kindness to those they encounter.

Generally speaking, failure is the result of mistakes or miscalculations.  Letting our children experience the results of those mistakes builds critical thinking: they learn to recognize the cause of the failure; are better able to analyze the decisions, behaviors, or actions that resulted in the failure; and figure out how to better approach similar situations next time.

In full disclosure, I don’t always remember these benefits.

Like any mother, I have my moments, especially when one of my children is disappointed or hurting.  But I try to rein in those she-wolf tendencies by remembering that when we embrace failure, we embrace the self-improvement that comes along with it.  It may be painful at the moment, but it’s worth it in the end.