Parenting a Twice-Exceptional child is an exhilarating experience. One thing’s for sure – there are no boring days. 2E dad and author Robert Kugler shares his perspective on Twice-Exceptional parenting. For him, it’s a very good thing.

I’ve had a unique journey as a parent over the last fourteen years.  That exceptional, engaging, occasionally exhausting, and, dare I say it, exhilarating journey is nowhere more cogently reflected than in my experience with my son.

“Boyo” arrived along with his twin sister almost fourteen years ago.  He was very much a normal infant and our life, such as it was, meandered through the end of my career in educational administration in New Jersey and moving into my new life as a stay-at-home dad in Hawaii.  We spent almost three years living on Oahu in support of my wife’s career.

As the Boyo grew up, we had some moments where we could see that there was clearly something going on.  There were moments of sensory overwhelm and social awkwardness but the nice doctor we saw in Kapolei said, “Just take him to the playground before school and let him run around, yah?” 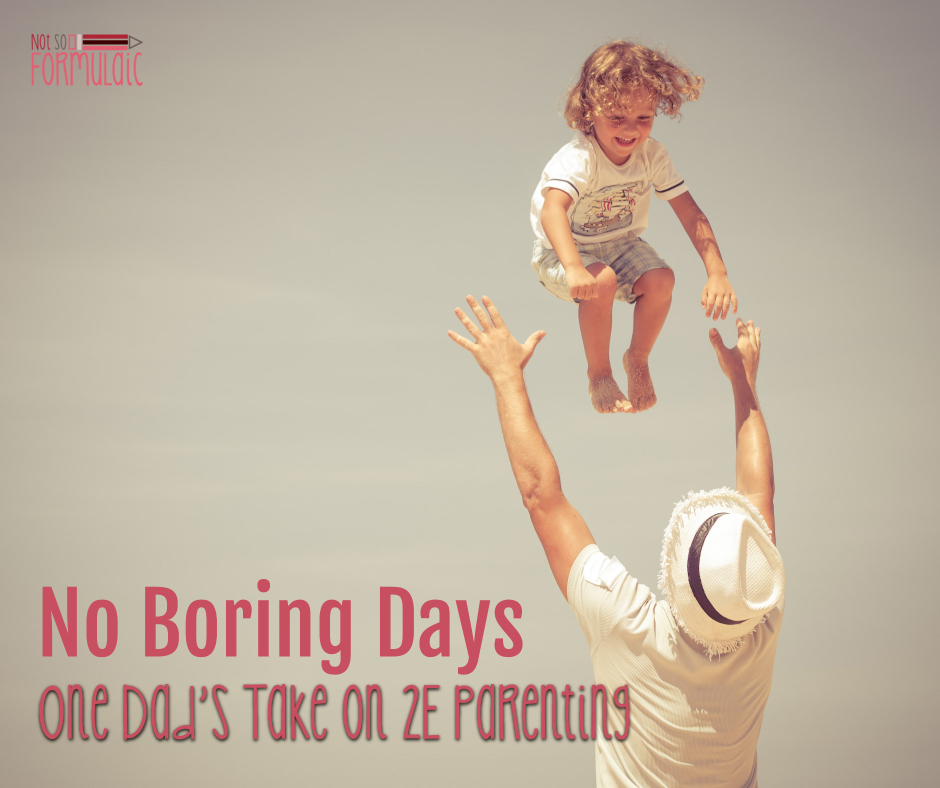 The “Specter” of Twice-Exceptionality

Things were about the same level of concern until we moved back to the mainland.  That adventure began when we landed in Washington D.C. and he promptly threw up on the shoes of a very kind policeman at the airport. It got a lot worse – quickly -before it got better.

It took us a while to understand that he was on the spectrum.  I was my own enemy with that one, oddly enough.  I’d been an educator. I’d known kids with Asperger’s. He didn’t remind me of any of them.

I was looking for it to be something else because I just didn’t want it to be autism.

As the meltdowns got more frequent and he continued to get “stuck” in loops, several of which involved kicking my shins repeatedly or moving heavy furniture in the middle of the night, we knew we needed help.  We finally asked for it and we got it in spades.  We were grateful and we continue to be for the amazing care we received, once we sought it out.

That was the first bit of exhilaration.  This was early in our time in Northern Virginia and Boyo was five.  We’d gone through a lot of transition and the move from Hawaii to NoVA really exacerbated our issues, but we learned.  Once we really knew what we were dealing with, my wife and I read everything about Autism we could find.  We went to classes and camps.  We got great medical care and extensive testing done and continued on the path to understanding, along with acceptance and appreciation for the journey we were now on.

I do not mean to suggest it was then or is today, what we’d call easy.  There remain moments of genuine challenge that drive me towards the often-crippling self-doubt that I’ve come to combat yet accept in my adult years.  I’m not exceptional myself as a parent all the time. In fact, if I’m being honest, there are times I’m just wrong in how I handle things.  I could and probably should tell you more about how I’ve screwed up over the years but let’s save that for another day.  None of us is perfect, right?

Seven years ago I wore a cast on my writing hand for three months. Contrary to the story I told everyone, I didn’t break it “losing my balance while goofing off with the family on New Year’s Day.”  That wasn’t the case.  I’d completely lost my cool while trying to manage a meltdown and punched the floor in frustration.

All told, being his father has made me a better person. Certainly, a better parent.  I should probably be more patient than I am at times.  I should probably listen to that still, small voice more than I do.  But he’s an amazing kid who’s taking high school classes as a seventh grader, about to test for his black belt, and he understands why Monty Python and Mel Brooks are funny.  His exceptionalities have had a direct impact on the kind of human being that I and our entire family are becoming.

I think that’s a good thing. 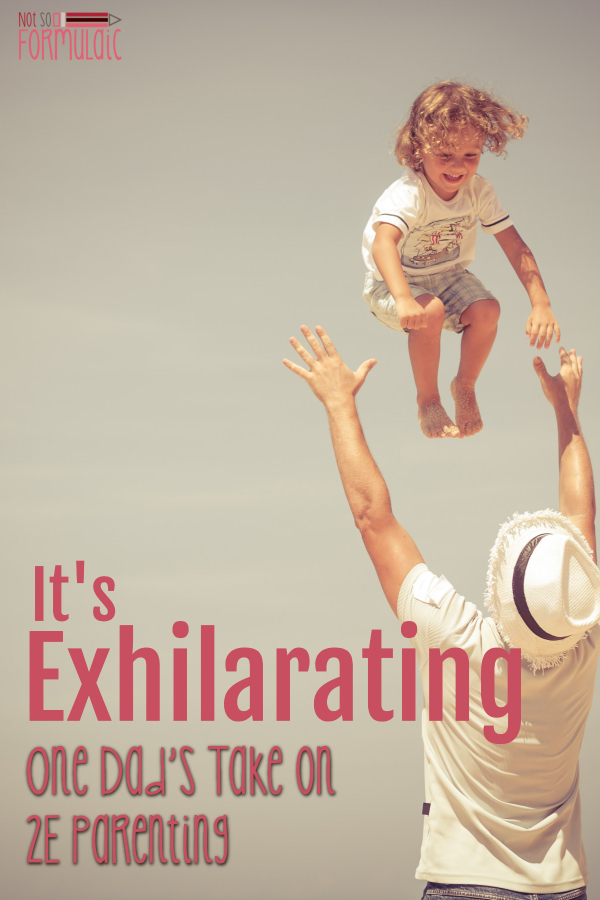 A few years ago someone asked me, “If they developed a cure for autism, would you have him take it?”

I didn’t really have to think about it that long.  I said, “I don’t think so.  This is who he is and that’s a part of him.  It’s not ALL of him, but I think he’s amazing just as he is.”  I asked Boyo what he thought about it and he considered it for quite some time.  In the end he replied “Probably not.  But I’d like it if some things were a little easier.  Like reading faces.”

I think the most exhilarating thing about parenting a twice exceptional child is the way that being his parent has changed me as a man.  That, and the way I feel when I watch him prepare for his black belt test.  The way his laugh lights up a room when he finds something funny.  Even when he’s correcting my grammar, which he does often, (and he’s always right.  Some kind of writer I am…) I know it’s all a part of the way his amazing mind processes the world and it’s fascinating.

It’s forced me to learn new things and get out of my own way at times and that, my friends, it turns out, is pretty exciting, especially as we grow older.  It can be exhilarating even.  There are no boring days, that’s for sure and I for one think that’s really a very good thing.

It might even be among the best of things. 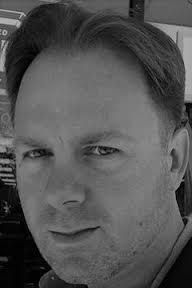 Robert Kugler is the author of the new novel The Last Good Day and The Best of Aloha Kugs, Volume I.  He is a retired educator who now serves as a parent in Northern Virginia, a mixologist at George Washington’s Mount Vernon, and a writer pretty much everywhere else.  You can learn more about Rob and his work at Robert Kugler Books and on Twitter, Instagram, and Facebook.

She Brought Me Peanut Butter and Banana: The Joy of Twice Exceptional Children

There are No Boring Days: A Dad’s Moving Take on Twice Exceptionality 556180049

There are No Boring Days: A Dad’s Moving Take on Twice Exceptionality 2007573241