Looking for some new-to-you vintage children’s book authors? Check out these 4 awesome writers you’ve probably forgotten about (or, never heard of in the first place). 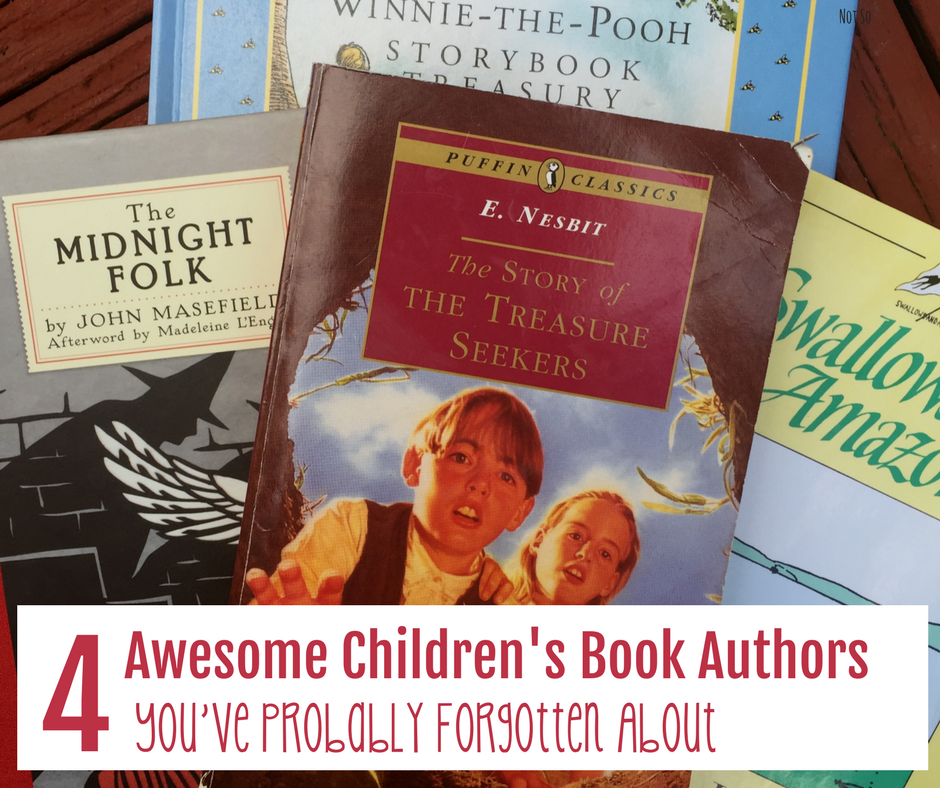 The Shift from Instruction to Delight

Not much changed as time moved forward.  Infant mortality remained high throughout the 18th century, finally tapering off around the end of the Romantic period (mid 19th century).  It comes as no surprise, then, that children’s literature from that era focused more on instruction than delight: unlike Peter Rabbit after his forays into Mr. MacGregor’s garden, poorly behaved fictional children weren’t sent to bed without their supper.  Instead, they caught fire and died after playing with matches, finding themselves damned for all eternity.

Fortunately for us (and for our ancestors, God love them), children’s literature took a decided turn for the better in the Victorian and Edwardian eras.  The late 19th and early 20th centuries saw the dawn of delight-directed reading.  No longer were children’s books thinly veiled sermons by John Donne.  Authors like Robert Louis Stevenson (Treasure Island) and JM Barrie (Peter Pan) brought stories of adventure and magic in faraway places.  Children were encouraged to read and dream beyond the stark outlines of death and damnation.  This era afforded some of the most well-regarded but now largely unknown authors of children’s literature.

I think it’s time to bring them back.

Edith Nesbit was a political activist and prolific writer of children’s literature (yes, she was a socialist.  No, it doesn’t bother me).  I first encountered Nesbit in graduate school when a professor assigned The Story of the Treasure Seekers.  Led by the indomitable Oswald, the five Bastable siblings spend their days endeavoring to restore “the fallen fortunes of the House of Bastable.” Their father has lost a great sum of money, and the children take part in everything from quasi-archaeological digs to publishing their own newspaper in an effort to raise funds for the family.  Each scheme has a hilariously ineffective result, and while the financial difficulties are eventually alleviated, the children end up learning more about themselves than money in the process.

Arthur Ransome is best known for Swallows and Amazons, a series of books chronicling the wild adventures of four children in England’s Lake District.  The children live a life that would have today’s parents accused of neglect: ranging in age from four to 10, the siblings run wild over the countryside, orienteering, camping, fishing, and even commandeering a trim little skiff as transportation to an uncharted island.   As the stories unfold and the children grow, they face new challenges and forge new friendships. 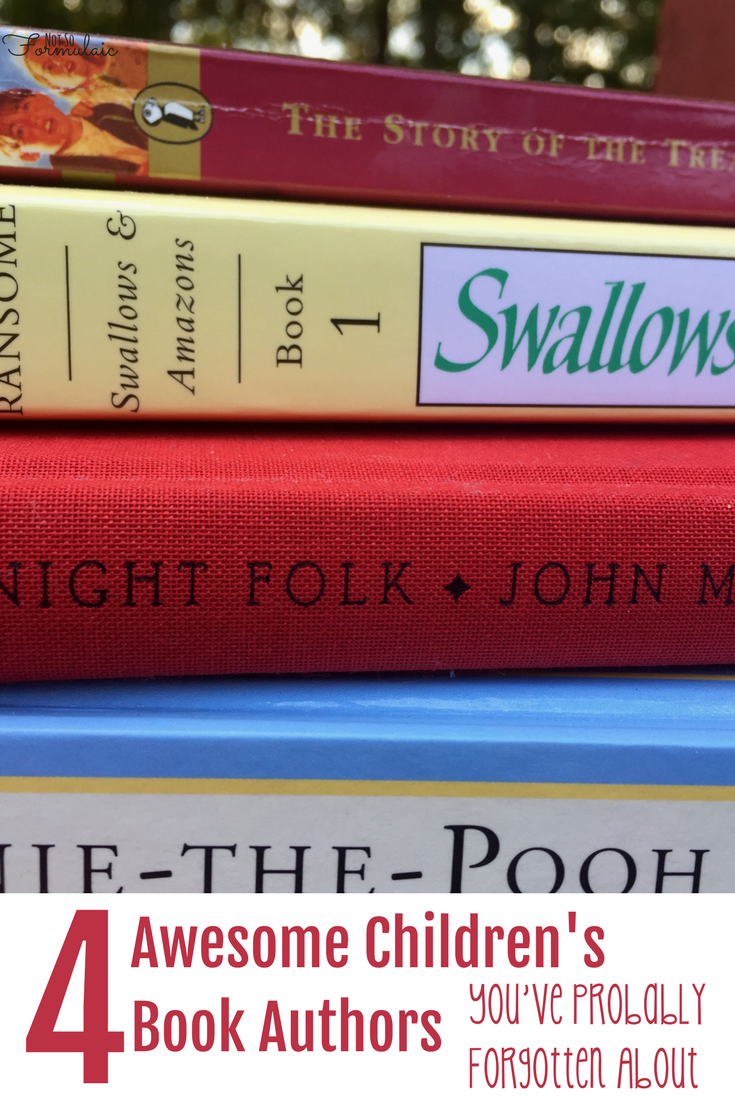 Poet John Masefield was named British Poet Laureate in 1930.  A deserter from the merchant marines in 1895, Masefield worked in New York at a carpet factory before returning to London to write.  While his most famous piece is a poem entitled “Sea Fever,” Masefield also wrote several novels for children including my favorite: The Midnight Folk.  In it, the young Kay Harker finds himself embroiled in a quest to foil a gang of witches in a land of talking animals, pirates, highwaymen and thieves.  It’s a fun read in the tradition of Harry Potter and The Chronicles of Narnia.

The creator of everyone’s favorite bear, Winnie the Pooh, wasn’t just a children’s novelist.  He was also a mathematician, a war hero, a journalist, and a poet.  While he is perhaps best known for the stories about Christopher Robin and Edward Bear in the Hundred Acre Wood (which I do love, primarily for their dry wit and sensible nonsense), my favorite Milne work is a collection of poems titled Now We are Six.  I gave it to my eldest daughter (a Pooh aficionado) for her sixth birthday, and over the years we’ve loved reading Milne’s accessibly silly verse.  Milne is a master of delight-directed reading.  If you’ve only ever experienced the Disney version of Winnie the Pooh, I recommend you check out the real deal.

Do you have favorite children’s book authors? Perhaps a few most people haven’t heard of?