I admit it – I wanted my daughter to be normal. But as it turns out, I was the one who needed to change.

My daughter read The Velveteen Rabbit once – the summer she was six years old. It was tucked away on a loft bookshelf at the beach house, a slim volume shoved between chapter and board. I didn’t even know it was there, not until I came upstairs wet and sandy from the river to find my girl, small and painfully vulnerable, wrapped in a sodden beach towel on the couch.

She was weeping, the book in her hands open to the very last page. 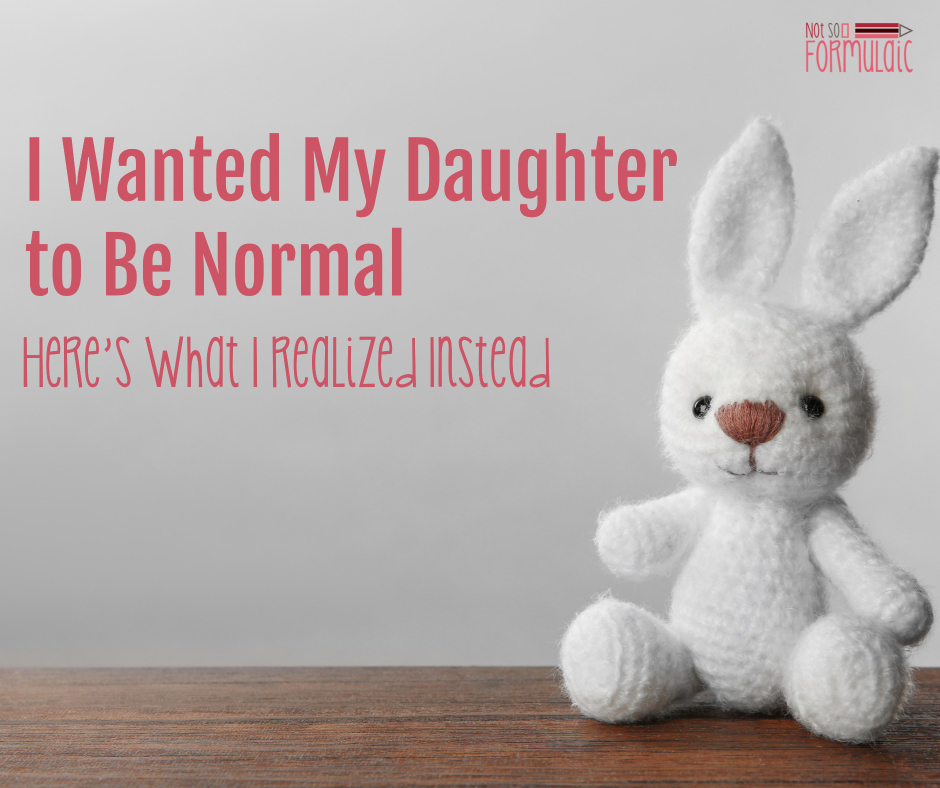 The Velveteen Rabbit is a tough read for the sensitive, and if I hadn’t known better I would have assumed that’s why tears were flowing. But a different kind of agony – raw and personal – shone in the blue of her eyes.

No wonder. We had just finished up a difficult year of kindergarten, bent more on survival than on education or joy. Each day had been a battle. Our relationship was broken.  A late-spring evaluation helped us figure out what was going on.

There were very public meltdowns. She was aggressive toward teachers and peers. Her expectations were fixed and behaviors rigid.

I advocated for her.

I was humiliated by her behavior, and my frustration made that known.

There were plenty of excuses and explanations, many of them levied at the teacher and the school.

But to be honest it started much earlier than kinder, and I’d had plenty of time to build resentment up. Like the meltdown that nearly ruined a family portrait or the birthday parties we had to leave in a rush. Even normal things like playdates were horrifically awkward. Trips to the playground? A chaotic, unwieldy mess.

Other kids and their moms seemed so normal. I wanted that kind of life. I put immense pressure on her to conform and tried to coach her on her social skills.

That totally backfired, of course.

Eventually, my brilliant daughter all but failed out of kindergarten; we left town when summer vacation came.

And then I cried in the loft with my velveteen rabbit. Despite all the ache and the effort, it was not I who had made her normal.

It was my daughter who had made me real.

Two, handing out costumes to her parents. “Mama, you are Gossie. Pink Duck can come along.”

Three, 4 AM and her arms around father. “Daddy. You are my light that shines.”

Four, the first time she held her sister. A gentle kiss; a simple hug.

Five. I’m sick in bed with a fever. “You’re going to be okay, Mom. Remember the invisible string between our hearts.”

That day she read The Velveteen Rabbit was the first time I’d seen the book in years. But as I stood there, watching fat tears glide down those porcelain cheeks and remembering beautiful moments I had buried under insecurities, an exchange between the Skin Horse and the Rabbit clawed its way from the depths of my soul.

“Real isn’t how you are made,” said the Skin Horse. “It’s a thing that happens to you. When a child loves you for a long, long time, not just to play with, but REALLY loves you, then you become Real.”

“Does it hurt?” asked the Rabbit.

“Sometimes,” said the Skin Horse, for he was always truthful. “When you are Real you don’t mind being hurt.”

“Does it happen all at once, like being wound up,” he asked, “or bit by bit?”

“It doesn’t happen all at once,” said the Skin Horse. “You become. It takes a long time. That’s why it doesn’t happen often to people who break easily, or have sharp edges, or who have to be carefully kept. Generally, by the time you are Real, most of your hair has been loved off, and your eyes drop out and you get loose in the joints and very shabby. But these things don’t matter at all, because once you are Real you can never be ugly, except to those who don’t understand.”

My child had loved me – really loved me – for a very long time. And yes, it had hurt, from her birth to that moment on the beach house floor. But in the process of my efforts to rebuild and change her, she had helped me to grow and to become.

She opened my eyes to the beauty of difference

She opened my soul to the human heart.

She welcomed me into her world, one few are privileged to witness.

And through it all she had made me a warrior – my selfish exterior sloughed off and rubbed raw. 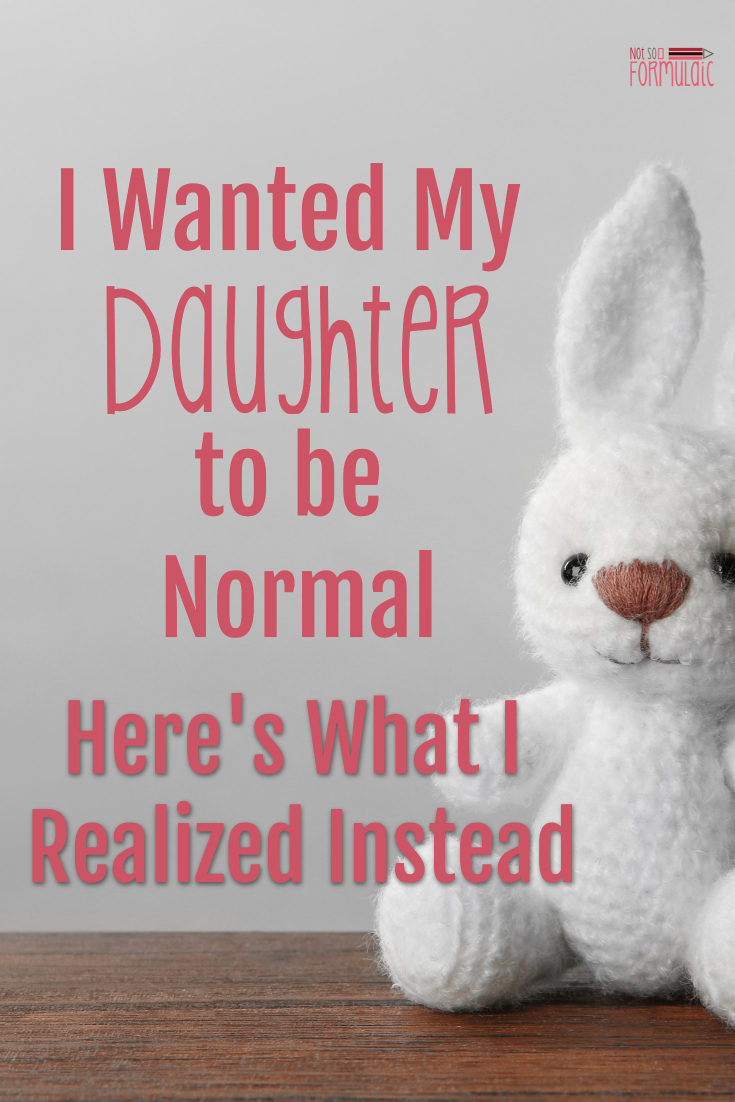 My daughter read The Velveteen Rabbit once when she was six years old.

She’s now 11, and we haven’t spoken about it since. But there is an understanding, an undercurrent of mutual acceptance.

I wanted my daughter to be normal.

It turns out I needed to change, instead.

Extraordinary Love: What I’ve Learned as the Mother of a Twice Exceptional

She Brought Me Peanut Butter and Banana

Why I Homeschool My Gifted, Sensory Processing Disorder Child, and How