I have never felt freer than I do as a Catholic woman. And the truth is – yes. I love my Catholic faith.

I grew up in a Catholic bubble. I went to Catholic school, had Catholic parents, and hung out with other Catholic kids. No one ever challenged the teachings of the faith, and I didn’t even realize that the whole world wasn’t Catholic.

Until I went to summer camp.

Because the camp was Christian and not Catholic, my parents took me off campus for mass every Sunday. For the first two summers, it wasn’t a big deal; religion wasn’t on the radar of third and fourth graders. But my fifth-grade summer, everything changed. I walked back in from mass into a wall of questions.

“We had chapel. Where were you?”

Words fell from my mouth, and I mumbled something about the Eucharist, obligations, and the nature of mortal sin.

“Oh,” one of the girls said. “You’re in that church that worships Mary.” 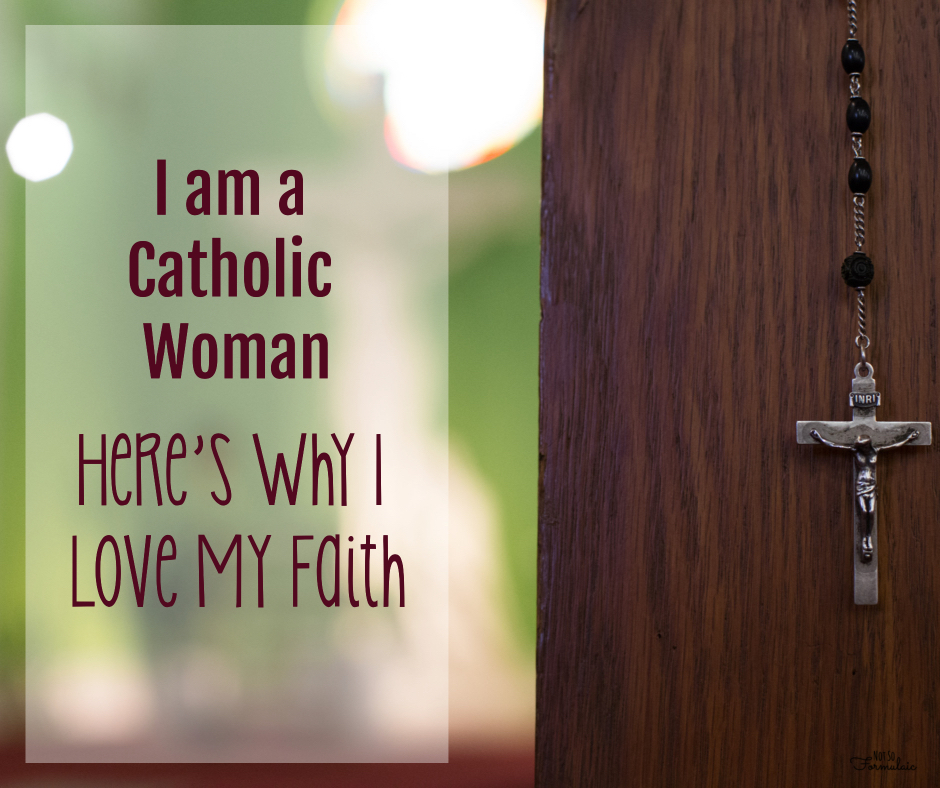 As time has passed and I’ve gotten older, I’ve encountered all manner of reactions to my faith:

If you were an intellectual, you’d question what they tell you.

If you were a feminist, you’d fight against how they oppress you.

If you were in touch with your humanity, you’d see they don’t respect it.

Anyone who knows me knows those statements are ridiculous: even my non-Catholic friends take the time to learn the truth. But in wider circles, I’m a mythical unicorn, a Catholic woman who loves her faith.

Character education gives kids them a surface philosophy devoid of any meaning. But they aren’t dumb – they want an explanation, a reason beyond, “because I said so.” When secular society divorces free will from the creator, motivation for our actions rings sterile and inert. Why be a good person just for the sake of it? Why do anything for the common good? Secular humanism turns virtue into peer pressure, not a refinement of the human will.

Without an understanding of natural law or an appreciation for objective truth, virtue becomes peer pressure, not a refinement of our will.

Catholicism is the answer to this gross misunderstanding. Objective truth exists, and it stems from natural law. For thousands of years, learned men and women have studied and written and espoused the truth. In this way, the Church applies both faith and reason to the unpacking of the quandaries so prevalent in our time. We love our neighbor, work for justice, and defend the marginalized because we are made in the image and likeness of God. There is a reason and a purpose behind what we do, and the Church reveals that wisdom in her teachings.

And how, quite honestly, could it not? Without woman, there is no humanity. Mary’s yes which brought forth the Savior; woman’s nature nurtures the soul.

Society reduces me to an object, but in the Church I’m unrepeatable and unique. I have true freedom of choice, to live without a mechanism that negates what makes me feminine.  The Church has never once denied the truth of my existence, of my integrity as a creation made perfect in the eyes of God.

I am the head of my own domestic Church, an honor no man can ever obtain.

Our bodies are physical, and so is the Church. That’s why we have the sacraments: outward signs, instituted by Christ, designed and offered to give the faithful grace. Because we are made in the image and likeness of God with ears, eyes, hands, and feet, every sacrament has a form and matter. The structure of each rite has a physical component: the faithful don’t just listen; we taste and we see.

Baptism cleanses with water: Confirmation seals with oil. The Eucharist feeds us with true bread and wine. We have substance far greater than feelings. 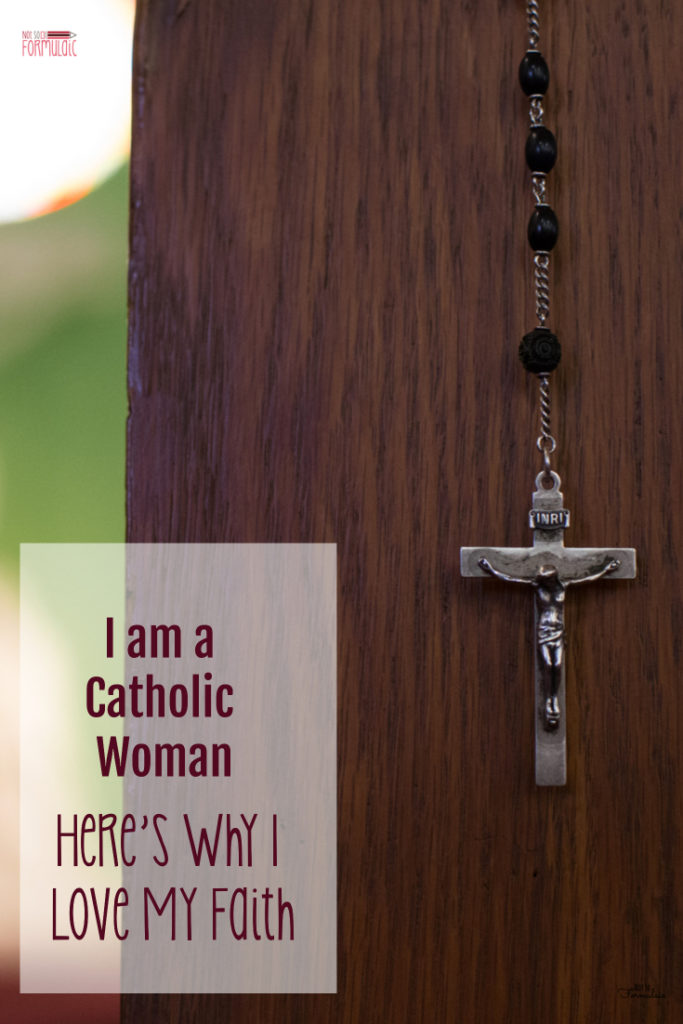 Society offers me fleeting pleasures. It’s a wolf in sheep’s clothing I’m not willing to defend.

I’m an honored, respected member of the Body of Christ, and I’m totally in love with my faith.

I’m Teaching My Daughters Fertility Awareness. Here’s Why You Should, Too

How to Keep Your Kids Catholic: Apologetics for Catholic Kids