Language evolves.  Chaucer and Shakespeare wrote in English, but modern readers are hard pressed to decipher The Canterbury Tales and Romeo and Juliet without some form of assistance. 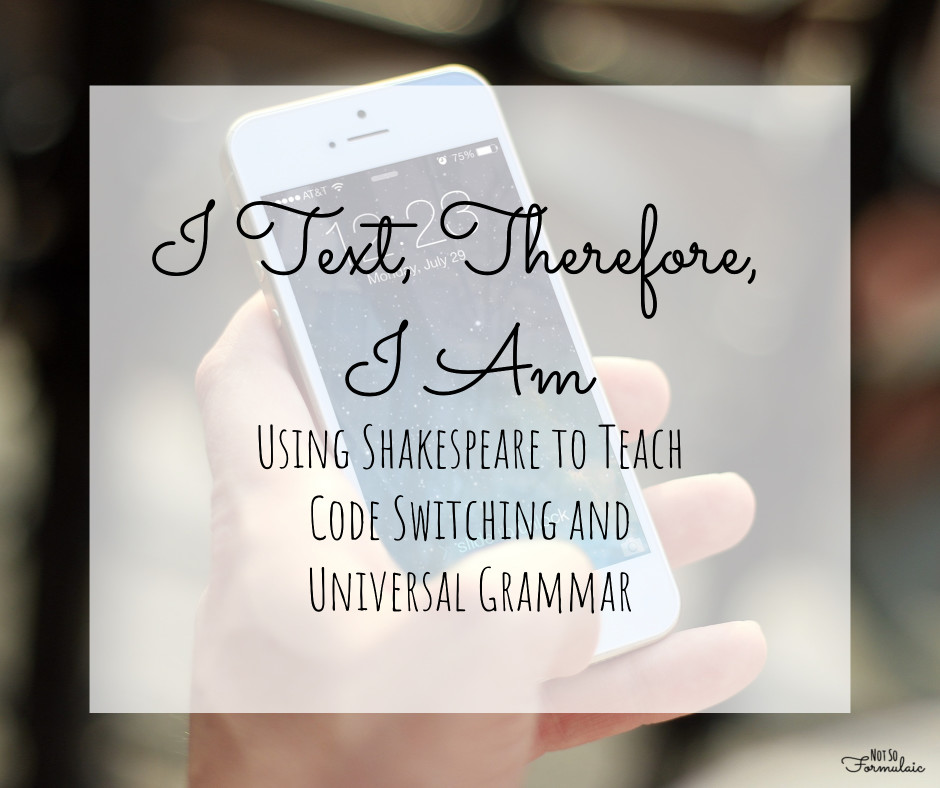 It probably seems that way when dealing with developing writers, too.  Texting and Twittering have brought a whole new lexicon of slang and structure to the table, so much so that adults are left scratching their heads over the characters and abbreviations that function as communication for millions of tweens and teens. And every once in a while, a slip of the pen inserts samples of this lexicon into formal communication – papers for school, email inquiries, resumes.

This is called code-switching, a phenomenon that Linguistics professor Victoria Fromkin  refers to as a “universal language-contact…that reflects the grammars of [two] languages working simultaneously” (An Introduction to Language 465-66).  In other words, when writers insert online language into formal writing, we can look at it as an example of universal grammar.  Because standard English and online communication share various language laws, it is easy to see why students might substitute a text word for its real life counterpart.

It’s not that code-switching is forbidden.  Rather, the ability to recognize code-switching in one’s writing is a valuable skill.  It not only ensures clear written communication, but also heightens awareness of one’s thinking patterns and intended audience.

See what your child already knows: Check out a Shakespearean parody like this one.  Work together to translate the language into Standard English.

Make comparisons: Highlight similarities between the structures of the two languages.  Look at noun and verb phrases, for instance, and try diagramming lines from both the online and standard versions of the play.  Are there patterns in the way the languages work (for example: do the subject and verb always agree?  Do the pronouns and antecedents agree in number?  Try creating some basic rules for the way the parts of speech work together, both in online and standard English.

Try some translation: Have fun playing with the language.  Modify it into the style of an email, a telegram, a newspaper article or a televised news report.

Think about your discovery: How does one’s language use change depending upon one’s audience?  How do you determine the appropriate vocabulary and grammar to use? Spend a few minutes considering these questions and write about your observations.

Did you try this?  Let me know!  Share your results in the comments or on my Facebook page. 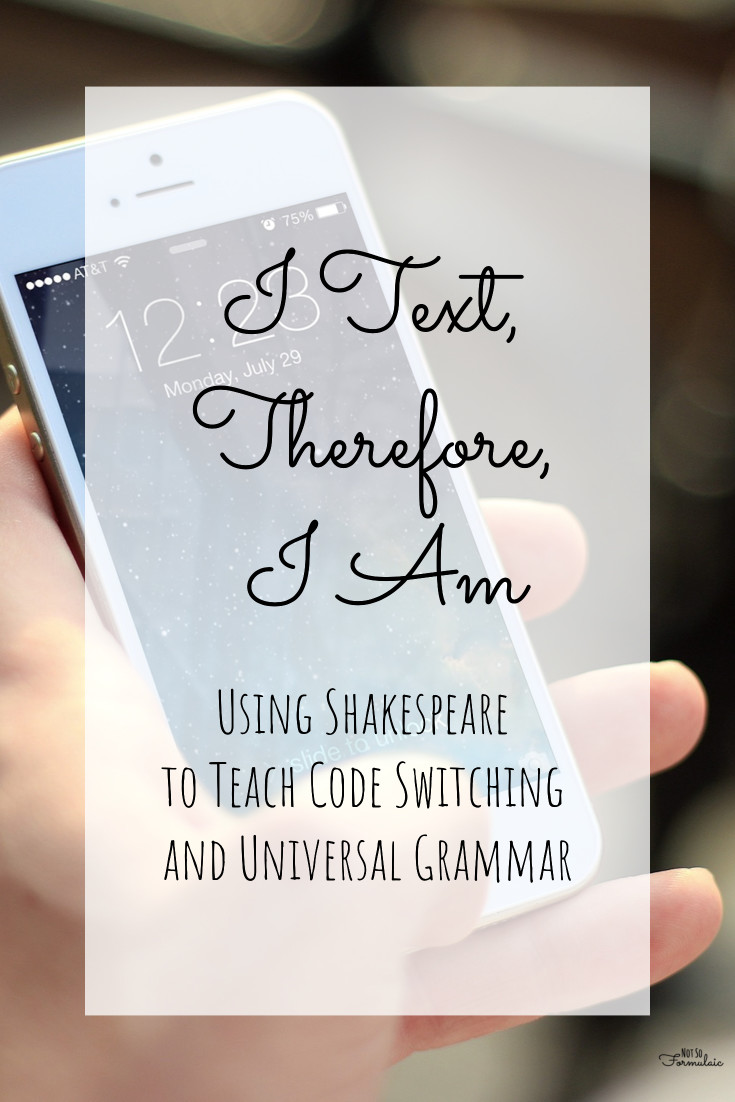 I text, therefore I am: using Shakespeare to teach code-switching and universal grammar 2121004948

I text, therefore I am: using Shakespeare to teach code-switching and universal grammar 1052871130