It’s tempting to think that if a child is gifted, she’s perfectly capable of taking care of herself. In truth, she needs an advocate. It’s a surprisingly simple thing to do.

If Cruella DeVille had driven a Subaru, I could have been her doppelganger.

My girl had ended up in the principal’s office again and I was driving, a woman unhinged.

The offender sat in the seat behind me, mumbling to herself. I watched her in the rearview mirror, my left hand clutching the steering wheel, my right hand gripping my phone.

Mom!!!!!! My child is a psychopath. How am I supposed to raise a kid who attacks other children?!?!

Can she hear you?

No! Yes. I don’t know. I don’t care! I doubt she’s even paying attention – what in the world am I going to-

She is always paying attention. She is not a psychopath. She is a brilliant, struggling little girl. You are her mother.

I am her mother.

You need to take a deep breath. 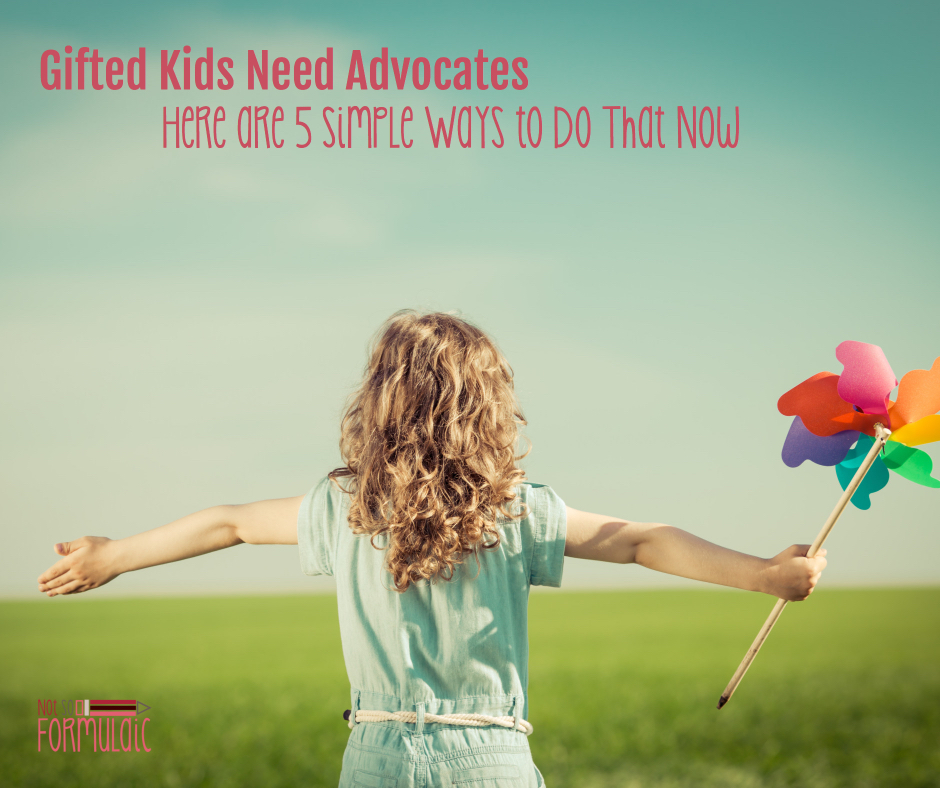 My mom was right, of course, as mothers so often are. My own sensitivities and penchant for expectational meltdowns had added fuel to a smoldering fire. Rather than try to understand what my girl was going through (she was an undiagnosed Twice-Exceptional), I could see only my perception of motherhood careening off course.

Turns out, gifted apples don’t fall far from the tree.

The word “gifted” is a misnomer.

The reality it describes is not an honor or a privilege. It is a matter of biological makeup: the ability to process information effectively at a high rate of speed. This ability, however, is not always cause for celebration. It can carry a host of challenges guaranteed to impact a child’s life. Overexcitabilities. Perfectionism. Anxiety. Comorbid conditions that complicate or mask. Those who live outside this world make plenty of assumptions.

The standard portrait of a gifted child includes high achievement, leadership skills, and exemplary behavior in a group.

That’s what I expected, frankly, and my career as an educator didn’t help. I had either forgotten or not applied the memories of my struggling gifted students to my daughter. My expectations for her were over the top.

Any gifted child under that kind of pressure is more than a recipe for disaster.

My kiddo was catastrophe baked at 350, a charred exterior hiding beauty, confusion, and pain.

Some gifted children struggle with boredom, anxiety, frustration, and bullying. Our daughter dealt with that and more. The chaos of the classroom and it’s rigid, over-stimulating environment pushed her past the point of redemption. Though highly verbal and perceptive she couldn’t express what she was feeling. My darling daughter resorted to meltdowns and explosions to speak out.

While I’m not excusing her behavior, it’s not negligent to see the purpose behind it. Our gifted children expend so much energy just keeping their heads above water.

There’s not much left to use for saying what they need.

5 Simple Ways to Advocate for a Gifted/Twice-Exceptional Child

Every child needs an advocate, and gifted kids are no exception. They need the support of adults who can speak for them until their voices can overcome the madness.

Pay attention to what she’s telling you, especially when she doesn’t say a word. Does she drag her feet on the way to dance class? Is she withdrawn and sullen in social situations? Rather than go in guns blazing to fix the situation, try asking her what’s going on. Maybe the class isn’t the right fit. Maybe being around other kids is emotionally taxing. If your child knows you hear what she’s saying, she’s more likely to feel confident in her own decision making – the first step toward building self-advocacy.

Then get involved, but not in the way you might think

I have zero interest in the Dragons of Destiny series. I’d rather watch paint peel than play Minecraft. I’ve heard about the social habits of wolves so many times I could recite it word for word in my sleep. But this is how my daughter reaches out, how she communicates and connects with the outside world. I owe it to her to be a part of these things, to follow her down rabbit holes and be rapt with attention while she gives me the VIP tour. Our children need to know our interest in genuine; they need to validated for what makes them tick.

Encourage her when she wants to stop trying

Gifted kids and challenge are a unique constellation. Sometimes they thrive on it, diving in headfirst with undeniable relish. With my children, though, I’ve noticed challenge is only appealing when it involves an area of high interest. If it’s something my kids can’t stand (math, for instance, with my oldest child), the slightest hint of struggle sends them into shut down mode. To combat this, we work together to develop a sense of perseverance. We approach the problem from different angles; discover other ways of making it work. They learn to see challenge as conquerable, not insurmountable, and worth the effort in the end.

Model the behavior you want to see

This is a hard one for me. I’m the poster child for impostor syndrome: I have to work really hard to exhibit the type of behavior I want to see in my kids. This means consciously reminding myself of the accomplishments I have made, not to bolster my ego or be ready to brag at whim but to drown out the voices reminding me I’m not good enough. The ability to tackle the world and develop self-advocacy is a skill our children learn by observation.

Finally, let go and give her the space she needs to move forward

It’s so easy to be a helicopter parent. We know our kids. We know how they work. We want to protect them from the possibility of being hurt or frustrated or scared. But what good are wings if we don’t give them a chance to fly? When our children have space to self-advocate, they face disappointment and frustration head-on. They learn valuable communication and empathy skills. They become the people we want them to be, so long as we give them the chance. 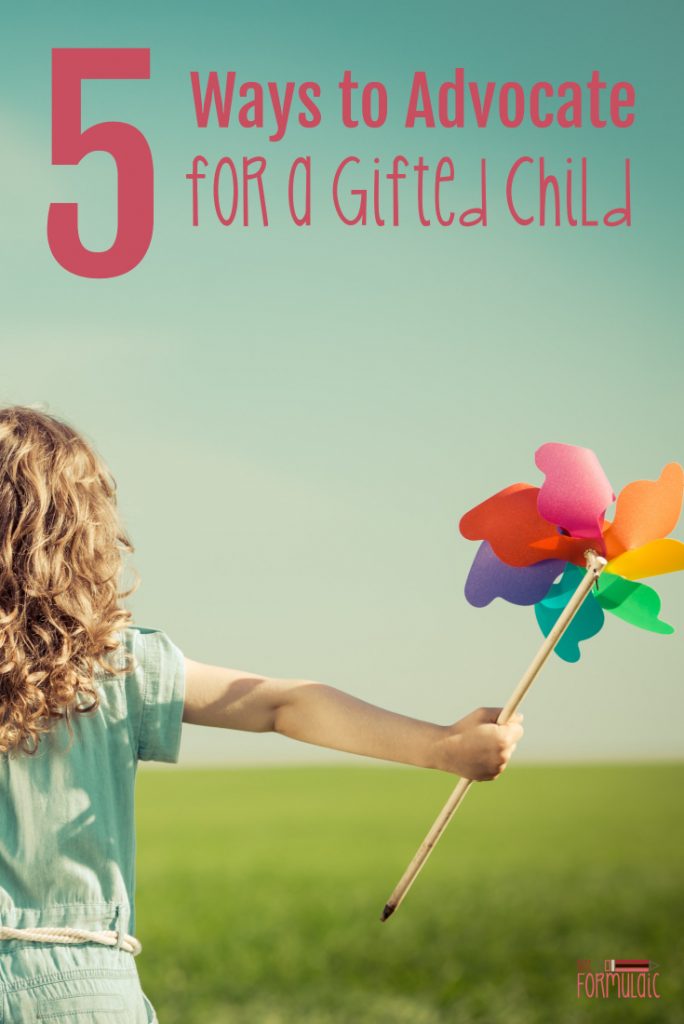 It’s been five years since I drove home in that wild-eyed fury, terrified by the prospect of raising a child I couldn’t contain. As much as I hate to admit it, my mother was right – my daughter was a brilliant, struggling little girl who needed me to set the tone for her behavior, her self-concept, her ability to grow and navigate the world.

Yes, I was tired. I was exhausted and weary and so, so done. But I am her mother, her advocate, and she’s learning to speak for herself.

Gifted Children Do Exist. Here’s What Happens When we Forget That

I’m Not Bragging When I say My Child is Gifted